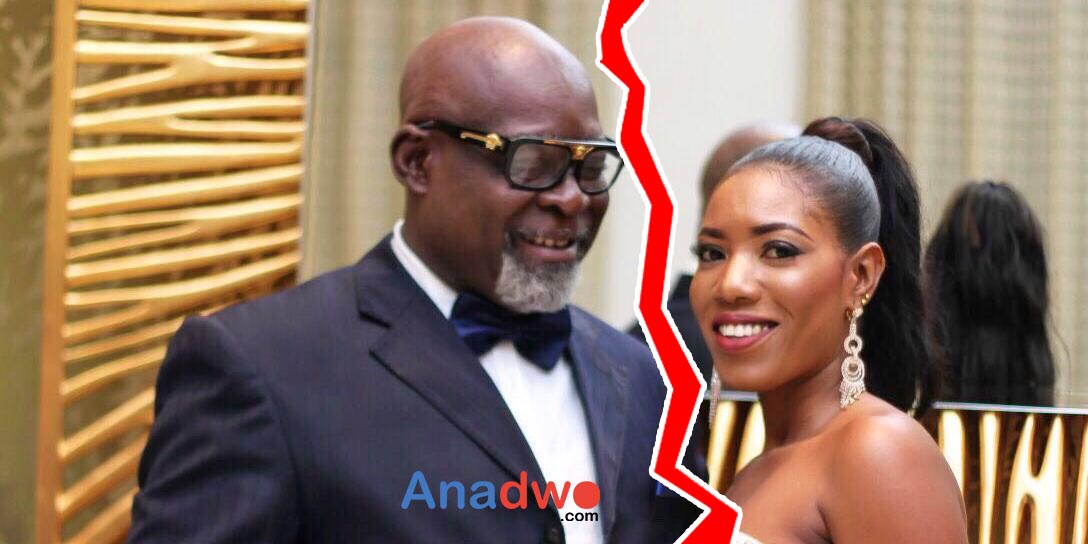 The ex-couple enjoyed maximum media coverage when they announced their intentions to get married.

Speaking with online news outlet, PeaceFMOnline.com, Victoria confirmed the breakup of the relationship. The young actress revealed that her father, S.P Victor Mekpeh, a retired Chief Superintendent Officer of Ghana Prison Service, was always against the relationship from the onset.

She stated that, her family gave her “hell” when her relationship with Adjorlolo went public to the point where she had to choose between her family and her love.

According to the report, Victoria, who stated that she was “was happy with Kofi” but that happiness couldn’t be full without support from her family, especially her father.

“I just think that I want to make it up to my father and the reason is that, he hasn’t been in agreement with the wedding and the whole marriage thing going on between me and Kofi Adjorlolo”, Victoria said. According to “That Ghanaian Diva”, she wanted to make her father proud and couldn’t go against his wishes.

Miss Mekpah stated that Adjorlolo was always aware that her father was against their relationship due to the age difference between them. Mr. Adjorlolo is yet to comment on the matter.