Video vixen and social media influencer, Archipalago has waded into the statement made by Shatta Wale during his show in London over the weekend where he referred to Ghana as a village.

According to Archipalago, the feat achieved by Shatta Wale during the and after the concert has been overshadowed by that silly comment he made concerning Ghana.

Read Also: If Shatta Wale Should Cheat On Me Again, That Will Be The End Of Us – Shatta Michy 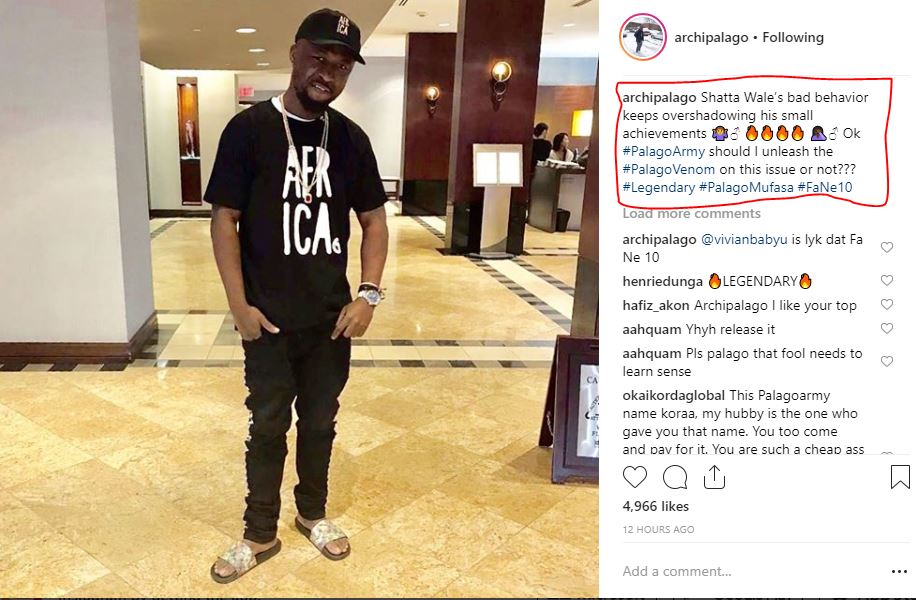 Shatta Wale during his Reign Album Tour in London told music fans that Ghana is a village and that they look excellent and have smooth skin since they live in London.

Shatta Wale made history with his sold out concert and it’s a fact that cannot be erased with him using that as a bait to mock Stonebwoy’s inability to fill a 600-capacity hall for his show in London which was later cancelled because of poor ticket sales but as it stands, his comments that Ghana is a village has overshadowed the good he has done with his concert.