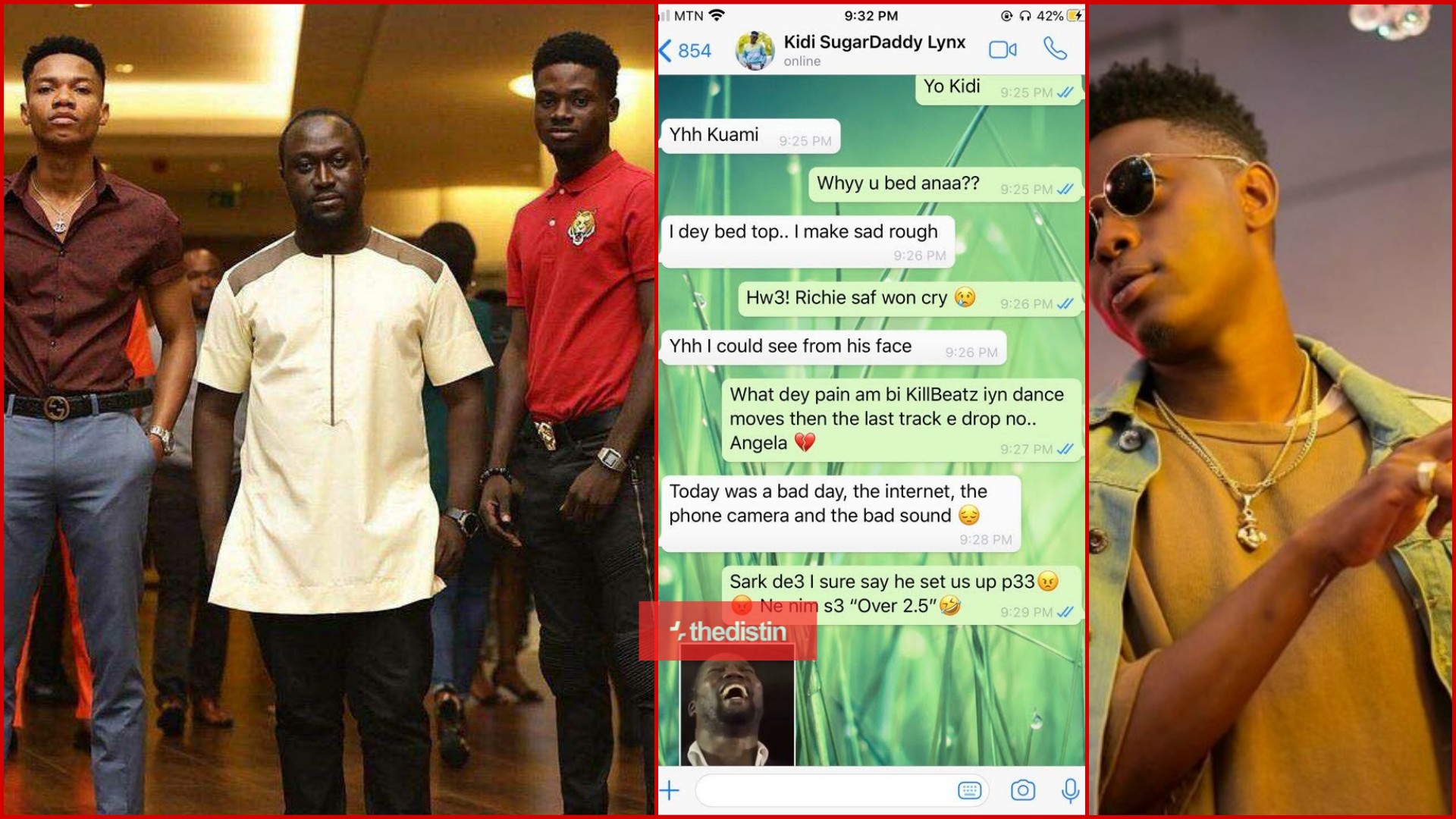 Leak chat between Kidi and Kuami Eugene after killbeatz finished their label boss Richie has popped up.

Sarkodie after taking inspiration from Swizz Beatz and Timbaland decided to host a music battle between some of the top producers in the Ghana music industry.

The duo did not disappoint as they play back to back hits from music they either engineered or mastered and even at a point clocking 10,000+ live viewers.

The most talked-about thing from the show was when Killbeats finished it all by playing a song by Richie’s own signee, Kuame Eugene’s “Angela”.

Watch a snippet from the live Instagram show below and be sure not to miss the next one.

After the show most of the music lovers have crowned Killbeatz the winner.

Well, after the show an alleged conversation between Lynx Entertainment signees Kidi and Kuami Eugene after the show on their boss’ lost has popped up.

See screenshot of their chat below