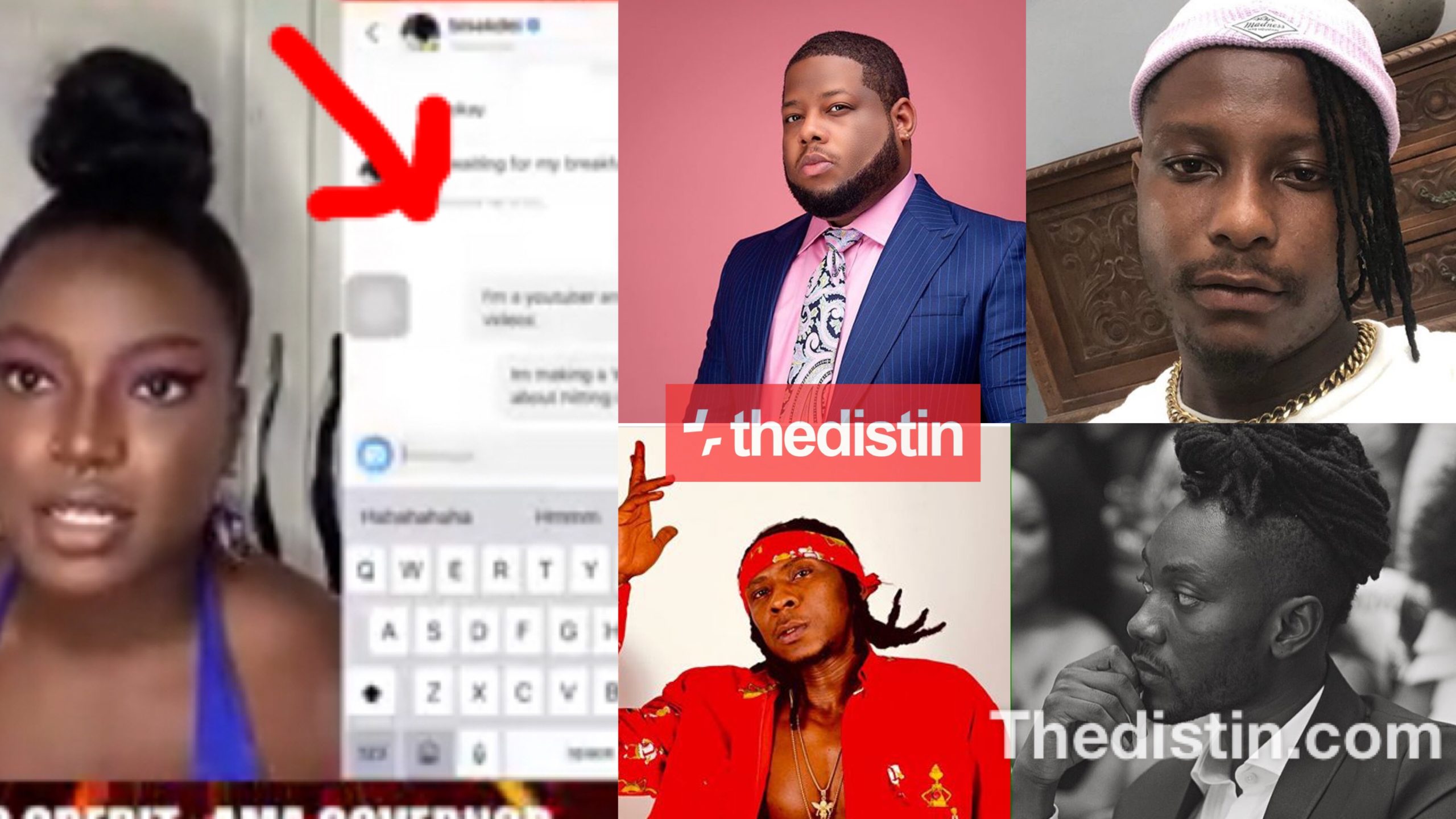 Ama Governor, a Ghanaian YouTuber has leaked her conversations with Kelvyn Boy, Pappy Kojo, DBlack, Strongman, Ahoufe Patri and more online which has revealed how cheap some of them are.

YouTube vlogging has been a creative movement that most Youtubers use to reveal their talents and more to the world.

By doing so, they provide original contents that will keep their channels buzzing that a lover would love to watch more videos from them.

A Ghanaian beautiful YouTuber has released a content she uploaded on her channel that probably took her months to gather all the information to get them online for her viewers to enjoy.

She’s in the person of Ama Governor. She has good content-filled channel that you can check her out anytime on YouTube.

In this new episode of her videos, she titled it DM’ing 50 celebrities. Her aim was just to get the attention of some celebrities in Ghana.

She mostly began her messages to the celebrities like she wants to take care of them and if necessary take them out on a date.

Some of the male celebrities felt cheap that they even wanted to end it in bed with the YouTuber.

She later informed them that she’s making a video onto her channel on YouTube and they (Gh Celebs) began to realize they are public figure who can easily be exposed which made them to act gently with her.

Even though the celebrities themselves were cool with her, their managements are really pissed at her.

This is because according to them, she didn’t seek any informed consent from them.

Edem reacting to this took to his Twitter page to call the Gh celebrities whom the beautiful lady had conversations with cheap which he later deleted his tweet.