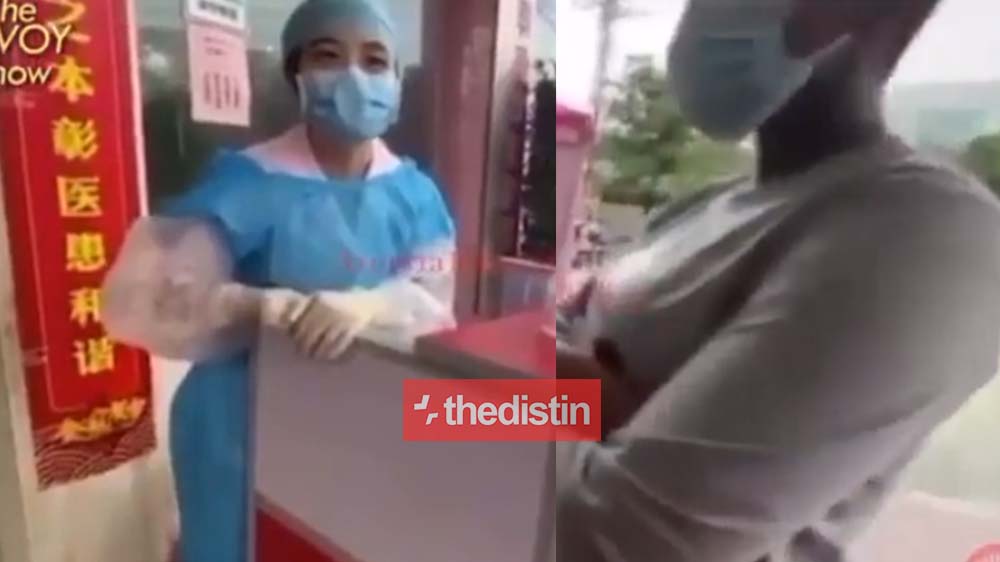 The discrimination against foreign nationals especially Blacks in China continues as thedistin.com has sighted a video of a pregnant woman being denied entry into a hospital in China.

A few weeks ago, Africans in China complained about how discriminatory acts mettered out upon them by the Chinese.

According to the Africans, they have kicked out of their apartment and prevented from using any transport services, supermarket and even restuarants in China.

Well, in a video spotted by thedistin.com, a pregnant woman who was denied entry into a hospital in China because of her race.

According to the husband who was videoing everything, he indicated that her wife who was heavily pregnant was going to the hospital for a scan.

However, upon reaching the hospital, the health worker at the entrance of the hospital prevented them from entering.

Upon what grounds, the health worker could not give any tangible reason for her decision.