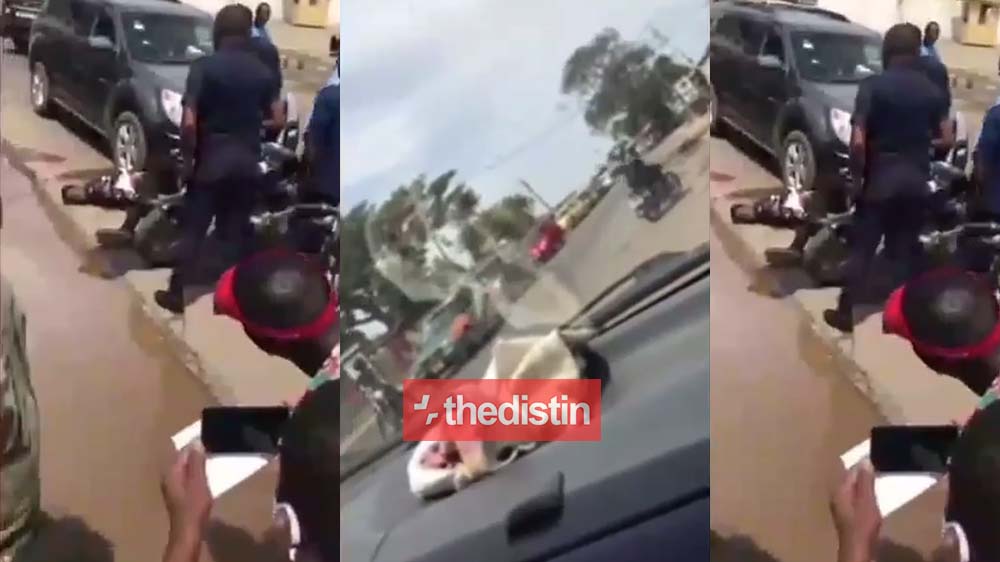 A few minutes ago, thedistin.com reported on a story about armed robbers on motorcycles who were attacking cars in traffic at Tema Community One.

In the latest developments, thedisitin.com has gathered the armed robbers were gunned down by police as they failed to conduct their robbery activity.

According to information gathered, the armed robbers were attempting to steal over GHS100,000 from a Lebanese and his Ghanaian partner at Tema Community One.

The two armed robbers according to reports followed the persons from the Zenith bank located in Tema Community One.

A robbery took place in Tema here. A businessman had gone to Zenith Bank to withdraw over GHS100,000. As they left the bank, these two robbers on a motorbike who chased him, mobilized his vehicle by shooting at the tyres then succeeded in taking his money away.”

“An alarm was raised and the information got to the Police. Our patrol team pursued them and eventually had the two of them killed by an exchange of fire. The money also scattered on the street. People had to scramble for the money so eventually, we had only GHS 25,000 out of the 100,000 cedis.