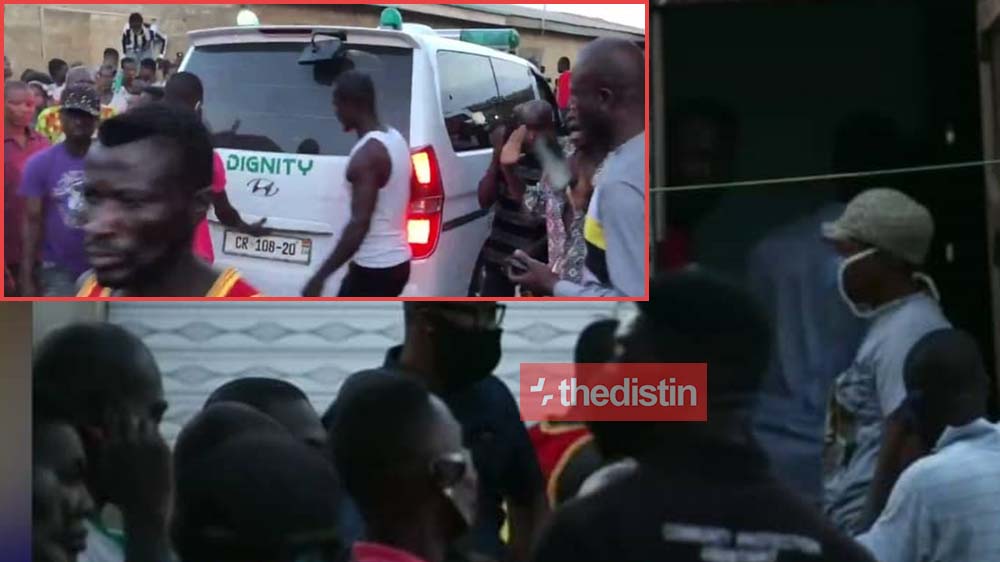 After reports on his second death have turned out to be true, Evangelist Emanuel Kwaku Apraku finally gets picked up by a police ambulance to the morgue.

We recently reported on the death of the man of God after a video of him heavily booze hit social media. See that video here.

A lot has happened since, from family and friend trooping to his place to mourn him, to social media reacting to this sad news.

Meanwhile, Ghana police arrived at the scene a little late, only meet a crowd at the home of the deceased evangelist.

Watch in the video below how Apraku My Daughter was carried away by the police.