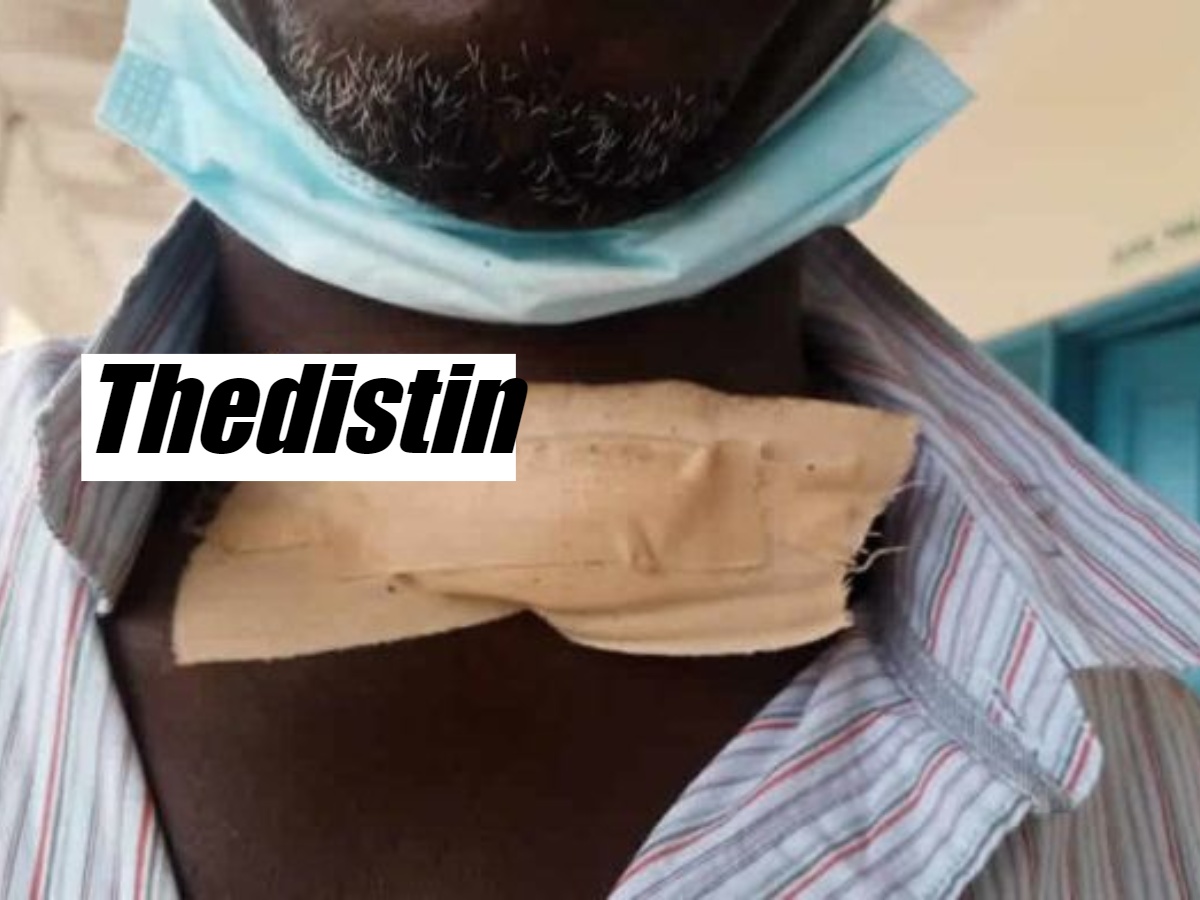 A 56-year-old resident of Gomoa Akotsi situated in the Central region of Ghana narrates how grateful he is for being able to survive after an angry cow, pounced on him, and gashed his neck with his horn, which made him bleed profusely.

Speaking with Adom News, the victim which was identified as Kojo Atta, explained that, the unfortunate event happened on his return from the farm, where a cow was seen in the middle of the road and he decided to drive it away for its safety but he rather faced a brutal attack from the provoked cow.

The victim added that, the angry cow hit his chest ,knocked him down and slit his neck with its horn which caused severe bleeding.

He stated that, with fear and panic upon seeing the blood gashing out, he went through the bush, to the roadside where he had a motor to go to Gomoa Fetteh hospital facility, where immediate medical intervention was giving as he had lost a lot of blood.

Dr. Alex Piassah, Medical Superintendent of the hospital, explained how critical the victim’s condition was and considered his survival as a miraculous one considering the units of blood he was given to make him stable.

He further explained that, a surgery was done for him and now his condition is better.