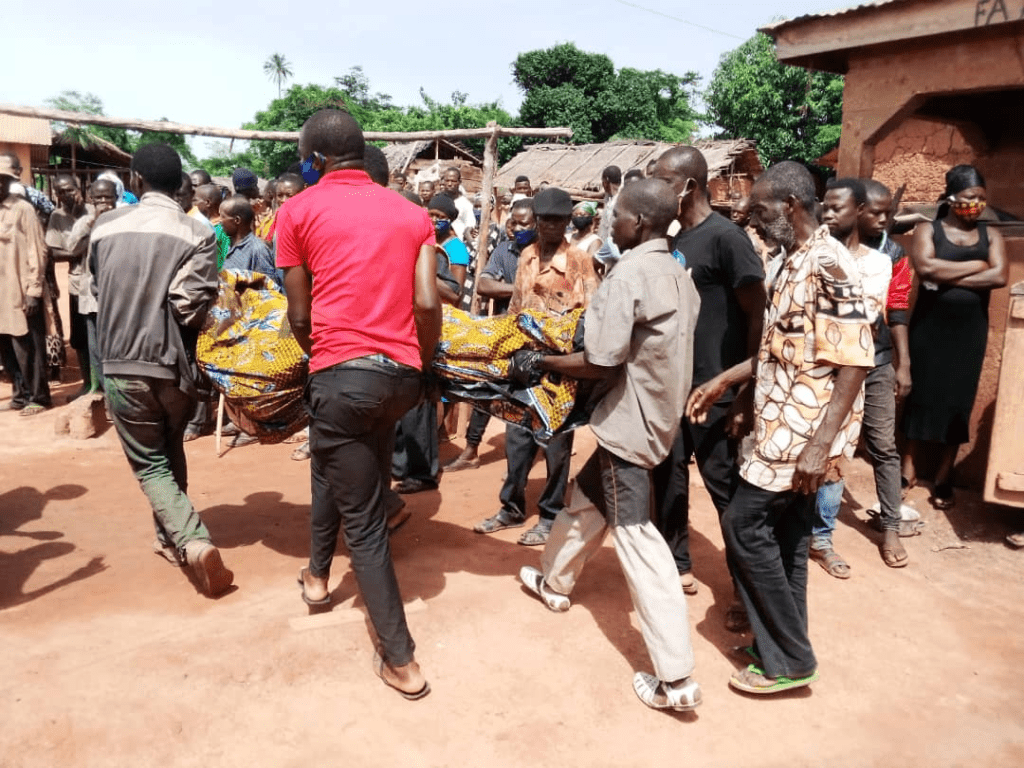 A ritualist of Monta in the Ahafo region of Ghana has been murdered for taking the lives of one innocent resident of the town and their chief, who went to the rescue of the victim’s wife after the ritualist harassed her and inflicted wounds on her with a cutlass on Tuesday.

The suspected ritualist who was identified as Kwabena Kyei, pounced on the couple, claiming they were catching sight of his incantations in the cemetery.

Speaking with Adom news,  Emmanuel Kwasi Ayuba, the Assemblyman of Monta explained that, after the notorious ritualist attacked the couple, the man lost his life but the wife endured her pain and went to the chief to report what had happened.

Upon hearing the news, the chief of the town which he identified as Agya Yeboah, went to face him and he was also assaulted which led to his sudden demise.

“The chief went with a cutlass so he also started inflicting cutlass wounds on him. The next morning we found both of them dead,”

The Assemblyman indicated that, the incident was reported to the police after which they rushed to the scene further investigations, and then they sent the dead bodies to the morgue of Bechem Government Hospital.