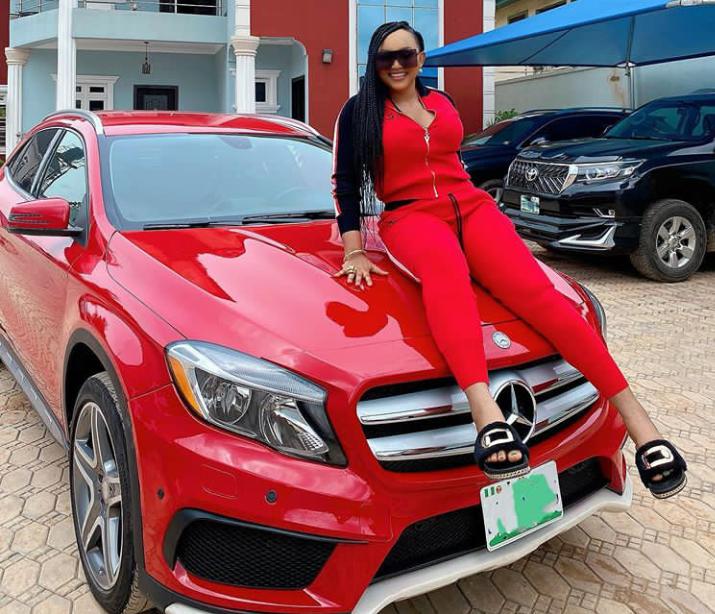 Nigerian actress Mercy Aigbe has joined the group of Nollywood actress who owns Benz as she gets herself a new Benz, bragging about it on social media.

She posted a photo of herself on Instagram sitting on a new Benz in her house we believe as she boasts of getting herself a new whip with the caption.

Though the Benz looks new, the problem is whether it’s an audio Benz or she’s just posing with someone’s Benz just to seek attention.

Some of her colleagues and fans have congratulated her as she joins the Benz gang showing off her new whip on Instagram.

After much persuasion her excellency finally joined the Benz Gang 🤩😁
New Whip Alert! .

Juanita for thedistin.com.
Have you got a story or article for us: send it to us here.