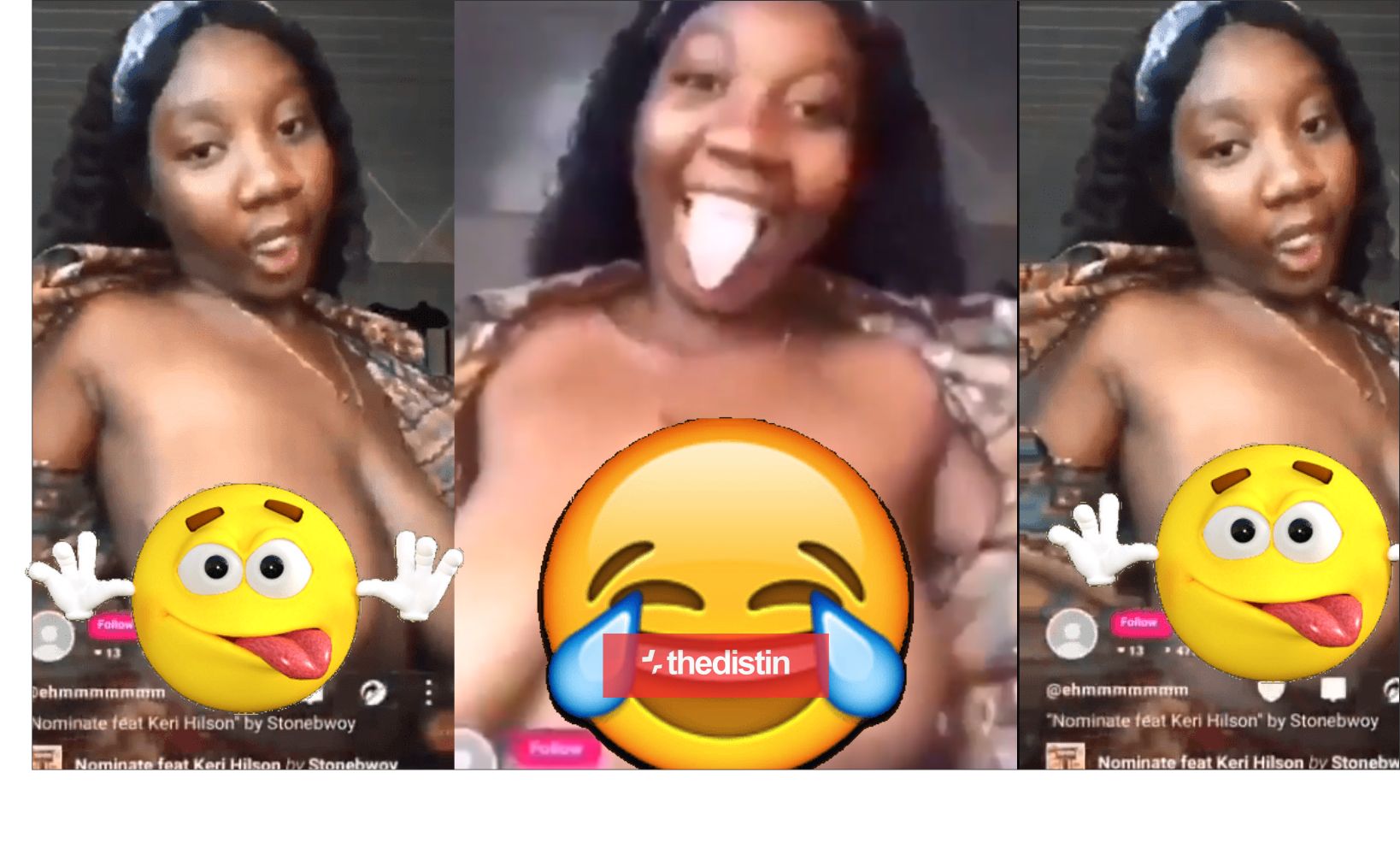 Stonebwoy earlier started a challenge on social media dubbed #NominateChallenge which he announced that he’s going to give out $1000 to the winner after shortlisting the top 3 entries next week.

The #nominatechallenge is set to get people to show off their dancing skills as they enjoy the good tune, he has taken it to the next level.

After the announcement was made, many have joined the challenge with their various videos hoping to be the winner of the $1000 he’s going to give out next week.

Follwing this thedistin.com have come across a video of a lady displaying her fallen b00bs on social media as she contest to the #NominateChallenge.

In the video, this lady who really wanted to win the challenge is seen showing his b00b to the whole world as she jams to Stonebwoy’s NOMINATE song.

It appears she really wanted to win the challenge.