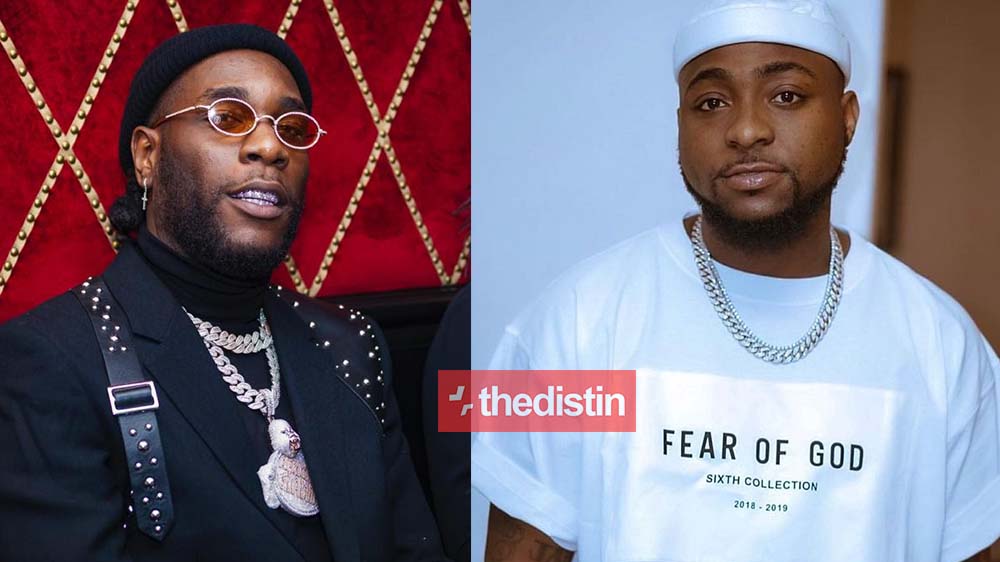 International celebrated Nigerian artists Davido and Burna Boy have decided to dirty themselves on social media as they shade each other.

The whole started when Afropop singer Davido announced that his new project will be out in July.

He shared a snapshot on his Instagram stories which suggested that he will be releasing probably
a new album.

In a video sighted by thedistin.com, Davido and his team are seen in the studio working on his new project.

Interestingly, Burna Boy reacted after Davido announced the release of his new project shading him on his Instagram stories.

According to him, July is going be a very funny month and he’s going to laugh accordingly.

July will be very funny, and I shall laugh accordingly.

Davido after sighting Burna Boy’s response, once again took a swipe at Burna Boy posting a photo of himself and Wizkid.

According to Davido, Wizkid and himself are the greatest of all time in the Nigerian music scene.

One would have thought Burna Boy will back down but he replied again saying that;