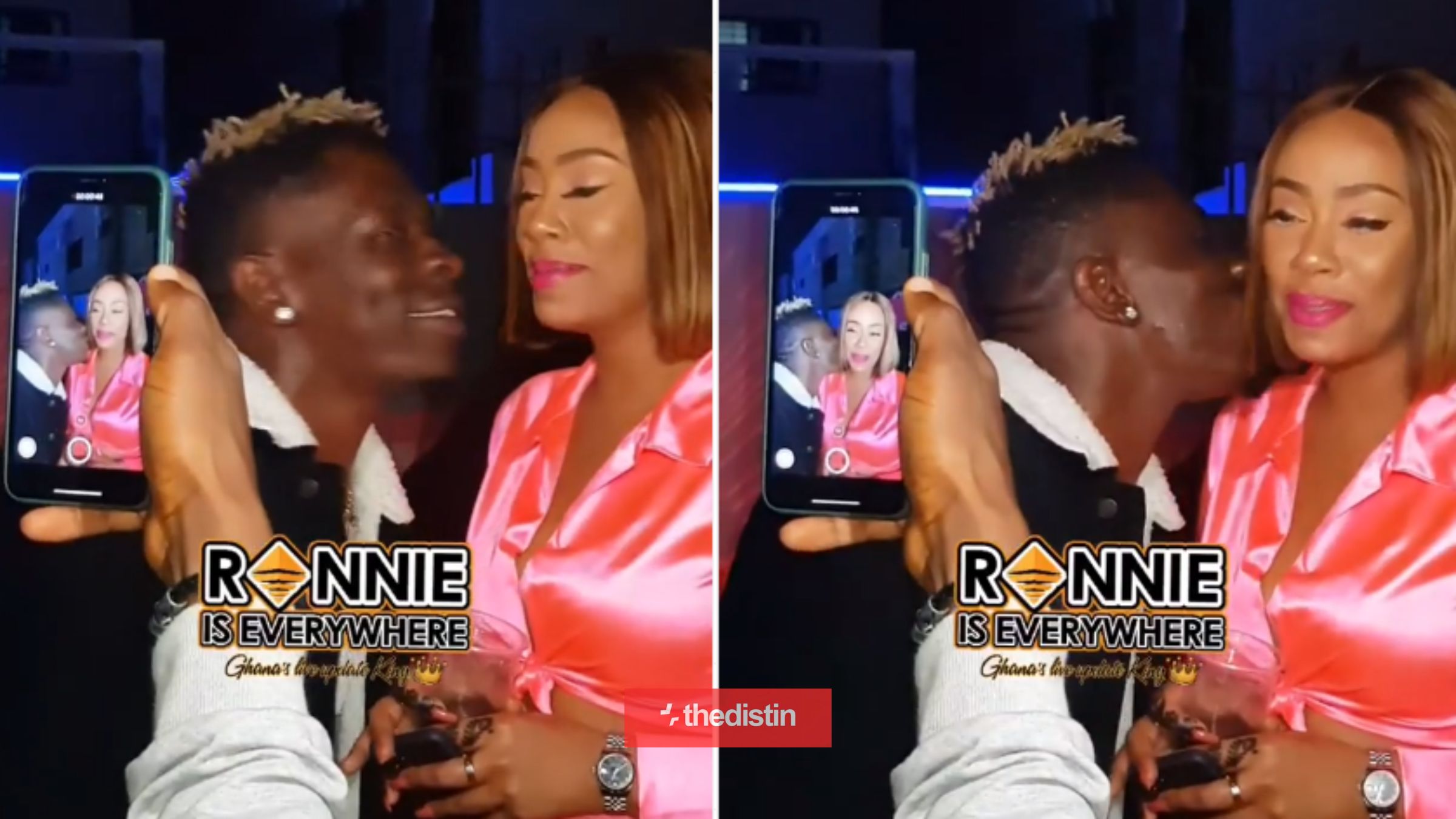 From the look of things, it seems award-winning dancehall artiste, Shatta Wale, has found love again after breaking up with his baby mama, Michy as he is seen flaunting his new girlfriend in a newest video.

In a video sighted by thedistin.com, Shatta Wale who was at the 4syte studio launch seen giving his new girlfriend who has apparently won his heart a peck.

While flaunting his new girlfriend, Wale noted he is getting married soon. The name is, however, yet to be known.