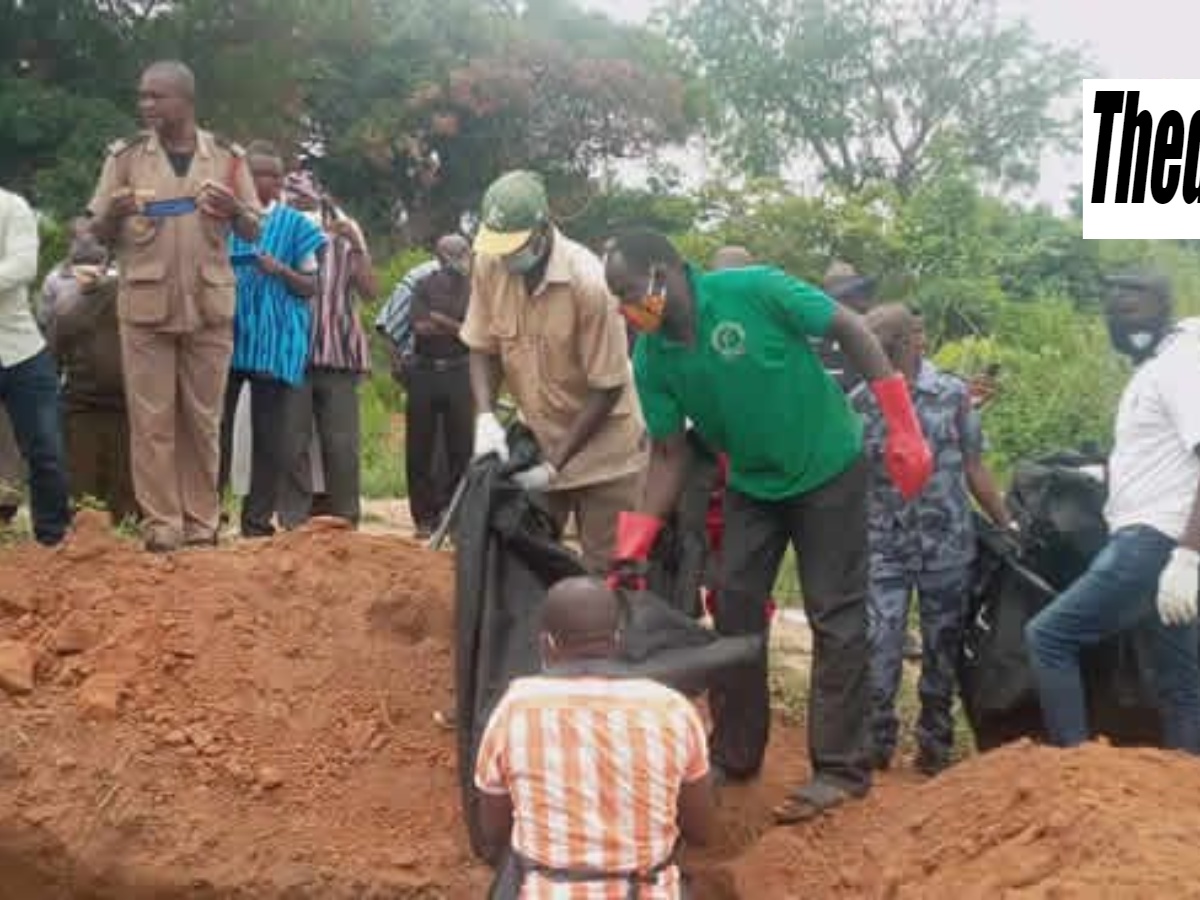 A mass burial has been organized for the 30 victims who lost their lives in the fatal accident, that happened in March, on the Kintampo-Tamale Highway, involving Grand Bird bus and Tamale-bound Sprinter vehicle.

This unfortunate accident killed 30 individuals, leaving few survivors as the two vehicles collided and got burnt in an uncontrollable fire.

The final rites for the dead were organized by the divisional police of Kintampo and other religious bodies on Saturday at Municipal Central Cemetery.

Nana Wiafe Akenten, a reporter at Adom News who was present at the mass burial, explained that, both Muslims and Christians were allowed to be present to pray for their people before burial.

Michael Sarkodie Baffoe, the Municipal Chief Executive of Kintampo North, Indicated that, the rate of accidents on the Kintampo highway keeps increasing as many citizens have lost their lives on that particular road and so needs to be sorted.