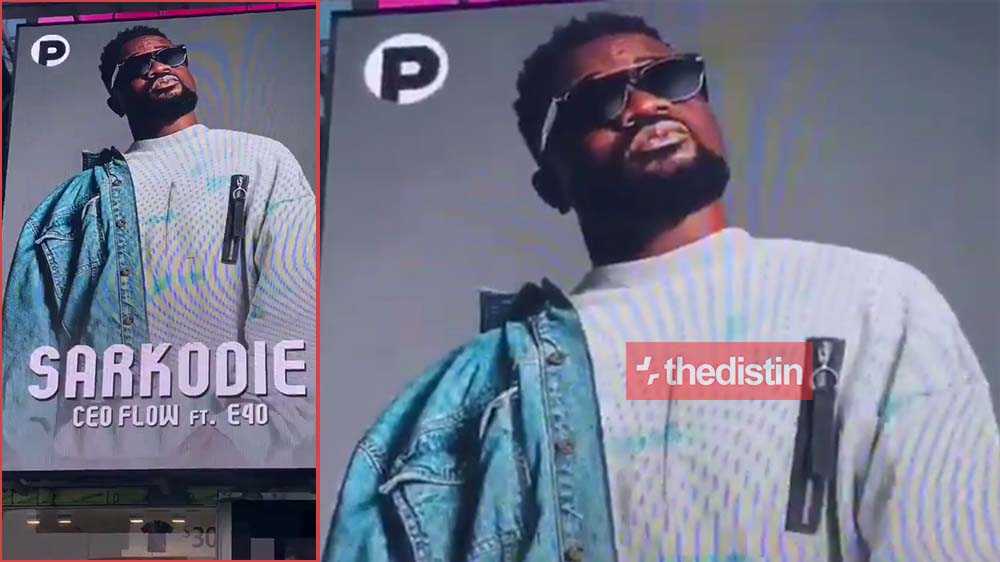 While fans still battle on who is the highest between Sarkodie and Shatta Wale, A billboard advertising Sarkodie’s CEO Flow song In New York Times Square has taken over Shatta Wale’s Beyonce feature on Twitter.

Sarkodie has been the subject of trolls since the release of the “Already” music video, but this big move, his poster been displayed In Times Square seems to be his come back as his Sarknation brag the heaven out of it.

Making it more interesting is the fact that Shatta Wale had a similar billboard on the streets of America recently.

Check out Sarkodie’s giant billboard look over New York Times Square in the video below.