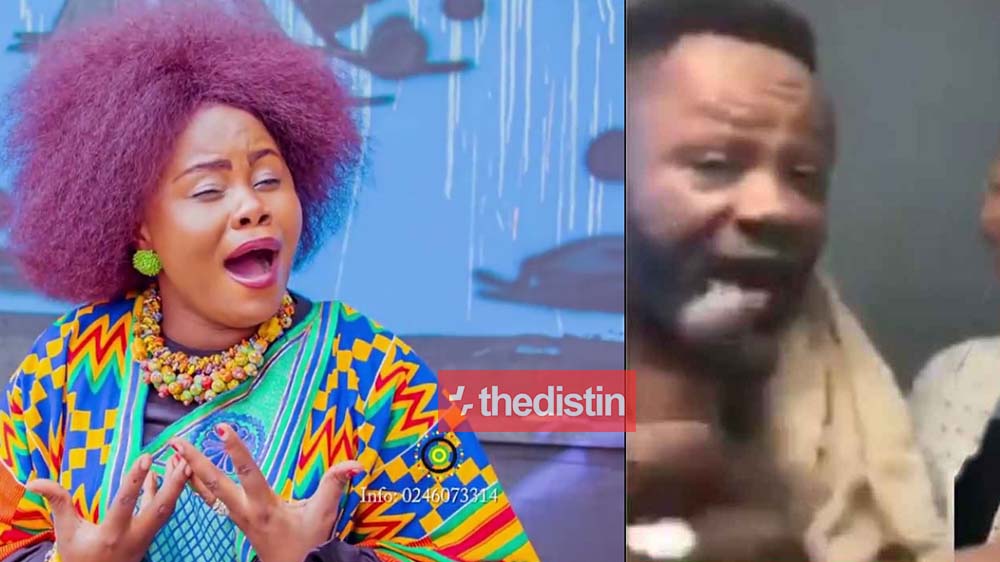 US-based Ghanaian Gospel singer, Anita Afriyie, has been spotted on Facebook live fighting with her father in a video sighted by thedistin.com

The gospel singer usually organizers a praise and worship program on her Facebook handle titled “Heroes Time Prayer Network” where she sings praises and worship songs.

Apparently, Anita Afriyie’s father was not happy with what her daughter was doing since she was disturbing him.

However, Anita was also unhappy that her father would try to stop her in that manner and started exchanging rough words with him and that was the point he called her a witch.

The ‘Adehye mogya’ hit-maker claimed her own father doesn’t love her and that he finds fault with everything she does.