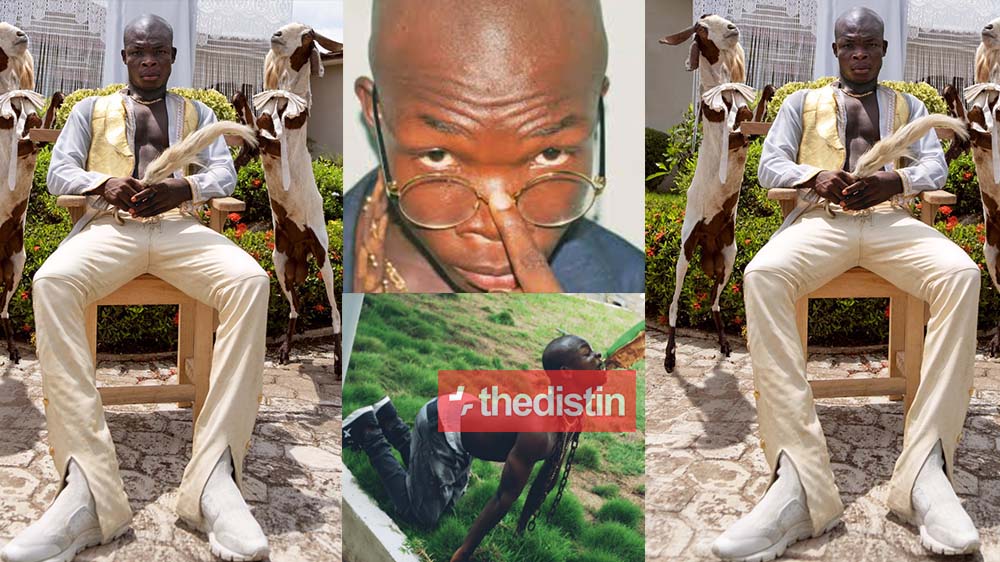 AY Poyoo aka Face Of GH Rap puts Ghana on the map as he gets a recognition on BBC with his hit song “Goat”.

What began out as a joke has now been turned into a flourishing career that has gained praise from none other than the reputable British media, the BBC.

In the interview, AY Poyoo spoke about his past and how he was pressured by friends and family to give up on his dream of successfully merging music with comedy.

Read Also: Medikal Finally Meets Strongman After He Said His Puppy Looks Like Him | Video

He also explained the relevance of the chains he has been wearing.

On the official website of BBC, they reported the story as below:

Ghana: AY Poyoo, the ‘GOAT’ hitmaker and the face of GH rap

AY Poyoo, the ‘GOAT’ hitmaker and the face of GH rapClose

AY Poyoo’s hit song GOAT has made him the hottest internet sensation in his native Ghana, and made waves across Africa.

Speaking to BBC Africa, the 20-year-old comedian turned musician reveals the secret behind the success of his hit song GOAT and how he was discouraged at the start of his career.