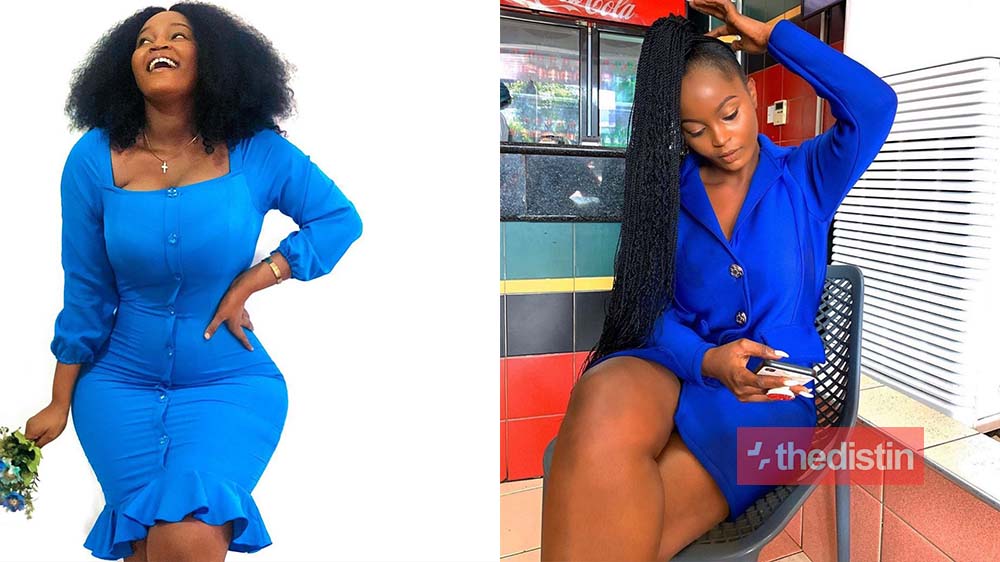 Eyram, the beautiful and curvaceous girlfriend and baby mama of YOLO star Aaron Adatsi stuns fans on social media with her new pictures after christening their first child

The beautiful interior designer has released a post-delivery photo of herself and fans as she gets praised and admired for looking good.

From the photo, she wore a nice blue dress as she put her beauty on display. Despite not captioning her post, the said photo has attracted reactions from her followers on Instagram as some can’t watch it without praising her beauty

Below are the stunning pictures:

Meanwhile, in other report, some netizens yesterday 31st November mocked her for looking older than her boyfriend

Some also described her looks as his sugar mummy. Click here to read more on that story