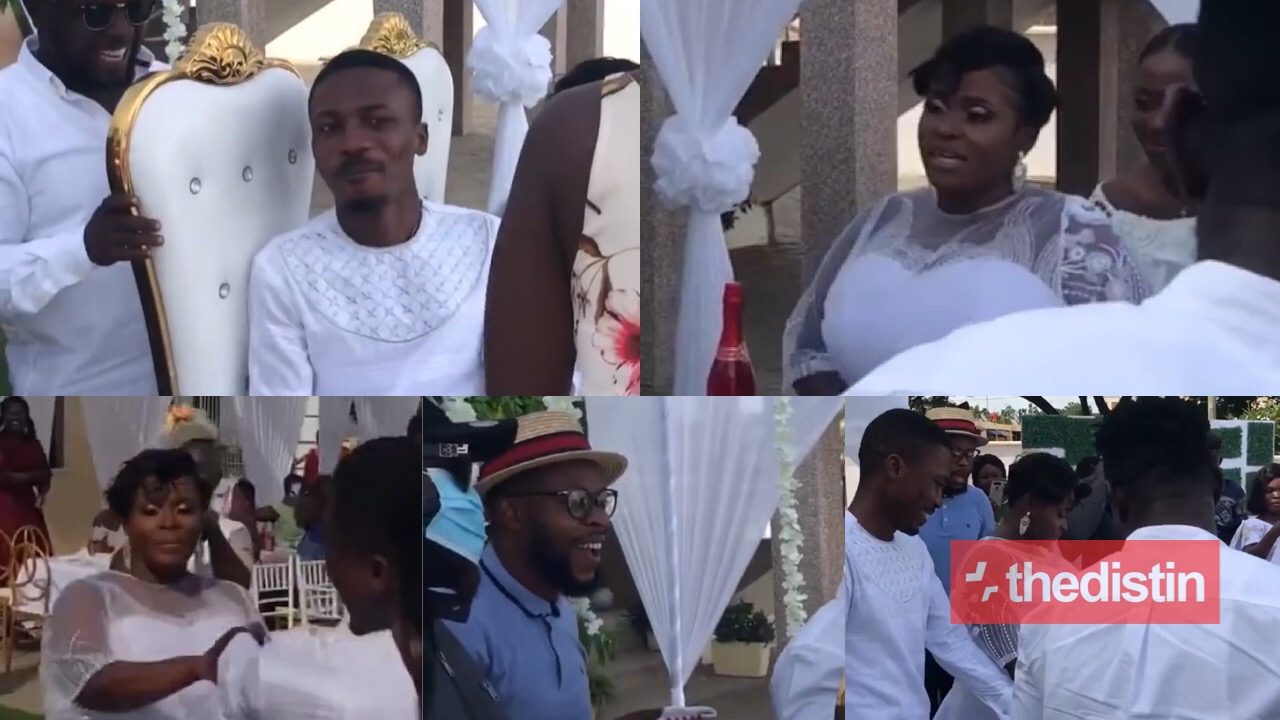 Ghanaian comedian, Clement Ashiteye popularly known in the industry as Clemento Suarez holds his white wedding in Accra after his traditional wedding in Kumasi with his wife, Sylvia Bioh.

Clemento Suarez on Saturday, 24 October held his traditional wedding with his wife, Sylvia Bioh in Kumasi, in the Ashanti Region of Ghana, click here to watch the videos.

Thedistin.com had earlier reported on the moment Clemento Suarez and his wife were seen on the dance floor as his friends sing Samini’s song for them, click here to watch video.

Read Also: Photos Of Clemento Suarez’s Ex-Girlfriend Pop Up After His Wedding With Sylvia Bioh

The traditional wedding between Clemento Suarez and his wife was very surprising to his fans and even many of his colleagues as some never knew he was going to tie the knot, however, for all the exclusive pictures and videos from the wedding ceremony between the actor and his wife popped up and many were happy for him, click here to watch all the video.

Today, Sunday, 1 November happens to be the day the newly wedded couple finalize their marriage rite with their white wedding.

Read Also: ‘I Paid My Wife’s Bride Price With My Fooling Money’ – Clemento Suarez Makes Bold Statements After His Wedding

At the event, in a video sighted by Thedistin.com, which is happening at Accra, many stars and other public figures have attended in their numbers.

Clemento Suarez and his wife were cladded in an all white outfit as they look really good together.

In the video, Clemento Suarez and his wife moved to the middle of their guests and they showed off their wild dance moves.

Read Also: Children Of Jerry John Rawlings Cause A Massive Stir At Their Grandmother’s Funeral | Video

Hold their white wedding in Accra. Prince Davido Osei, Kalybos, Jeneral Ntatia among others grace the wedding ceremony of their colleague