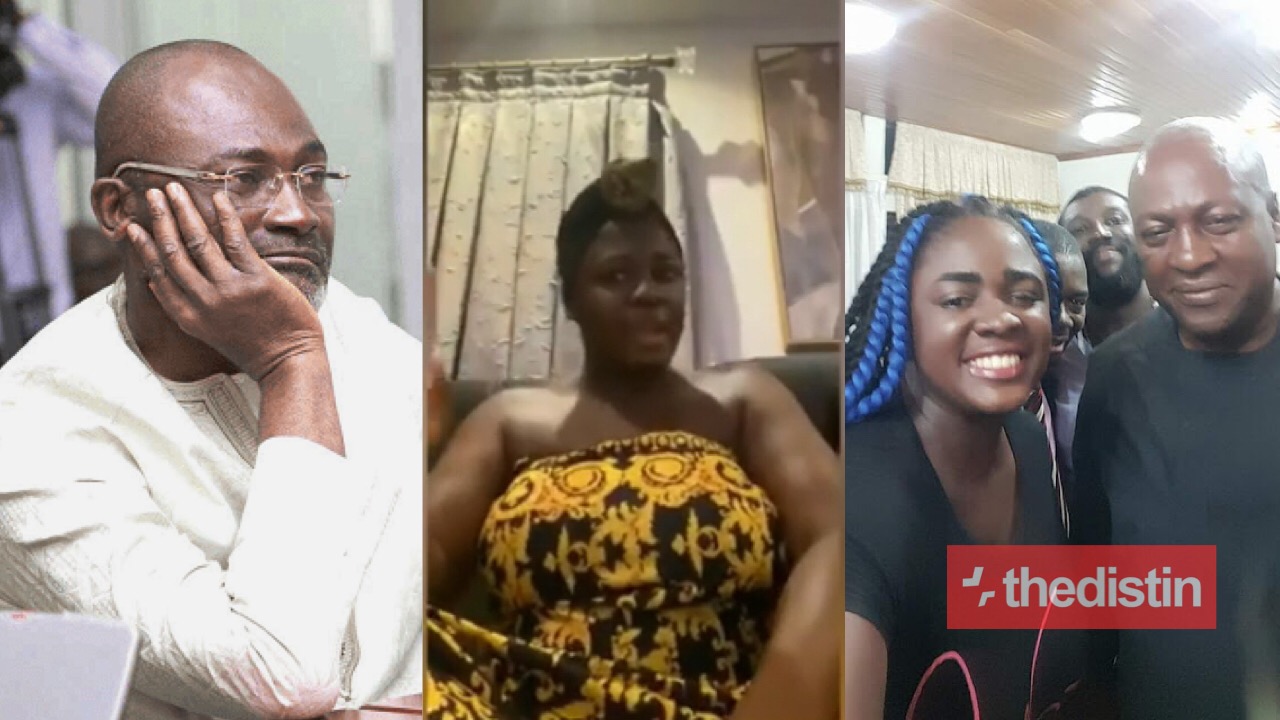 Actress Tracey Boakye has replied Hon. Kennedy Agyapong after he exposed her and John Mahama over their alleged amorous relationship tagged ‘Papa No‘ at his campaign rally.

Thedistin.com has earlier reported when Kennedy Ohene Agyapong, Ghanaian politician and businessman who represents Assin Central in parliament for the New Patriotic Party on Sunday,1 November joined the MP for Achiasi constituency and he made some shocking revelations again to a massive crowd.

According to Kennedy Agyapong, John Mahama flew to Dubai on one Friday night and arrived on Saturday and proceeds to chill on his boat with his girlfriends Ghana’s money.

Kennedy Agyapong again hammered on the Mahama-Tracey Boakye’s ‘Papa No’ brouhaha and said that Tracey Boakye recently bragged when Mahama bought her a mansion in East Legon for $450,000.

Kennedy Agyapong then said that Mahama’s choice of women are cheap ones cause they don’t demand more like he does for women he (Kennedy Agyapong) goes out as he buys them houses that cost over $1M, click here to watch the video of Kennedy Agyapong destroying Tracey Boakye at his campaign rally.

Read Also: Presenter, Dr. Pounds Gets A Brand New Car As A Birthday Gift From His Friends, Emotional Videos Drop

According to Tracey Boakye, she ones respected him however, she lost her respect the very day Ken lied about her over her popular ‘Papa No’ saga.

Tracey Boakye was very furious to the extent that she wanted to curse Ken in her live video purposel made for Ken.

Tracey Boakye revealed that Kennedy talks too much like he is the only rich man in Ghana. Tracey Boakye noted that even her baby daddy (her daughter, Nhyira’s father) is even richer than Kennedy Agyapong but does not make noise like Ken does.