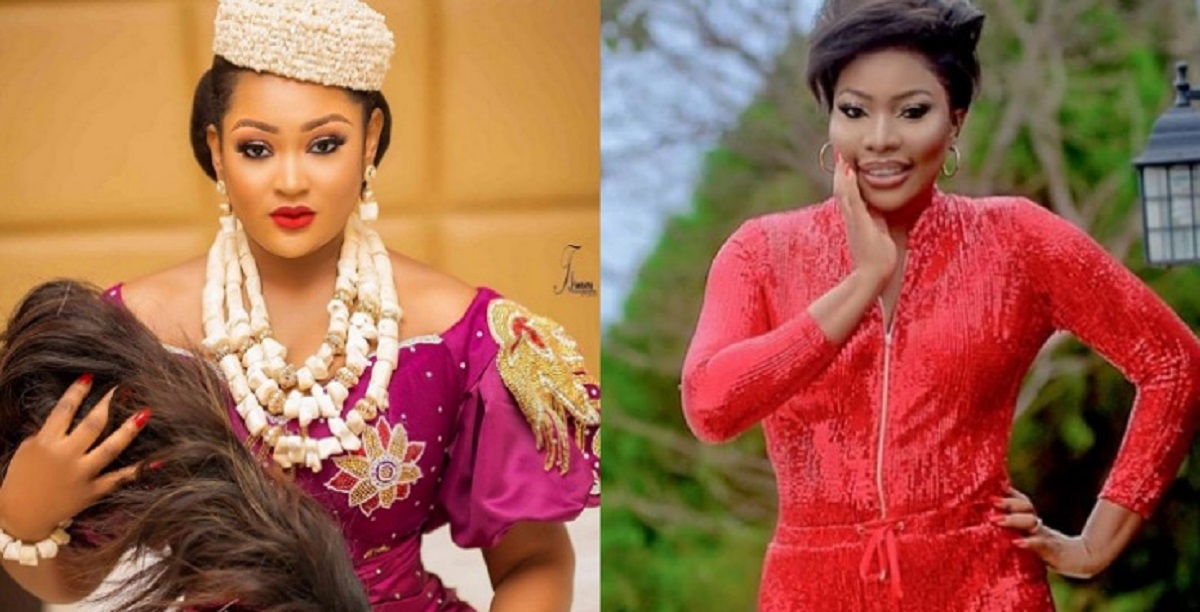 Doris Ogala, a popular Nigerian actress has taken her beef with Uche Ellendu over Shop Looting fracas to a new level.

Recall that, Doris Ogala descended heavily on Uche accusing her of lying about looted shops because it’s not hers.

She dared to expose her if Uche does not reveal the truth.

Uche Ellendu decided never to accept defeat, hence went to the shop with her friends to prove it’s hers.

Not backing off, they both rained curses on each other in the form of curses.

Doris Ogala in attacking Uche Ellen in an interview with Kemi Filani has made more revelations to debunk rumors of hating her.

According to her, she has no issues with her and would never hate Uche Ellen.

She added that she once dashed her money and her shop so there would be no point in being jealous of her because she can not compete with her/.

Doris also touched on the point that she drives a Mercedes Benz S550, like that of Uche can not be compared to hers.

“How can I be jealous of someone I used to give money and shop for? I laugh when people say I am hating on her. I drive a Mercedes Benz S550 car and her vehicle is not as expensive as mine,”