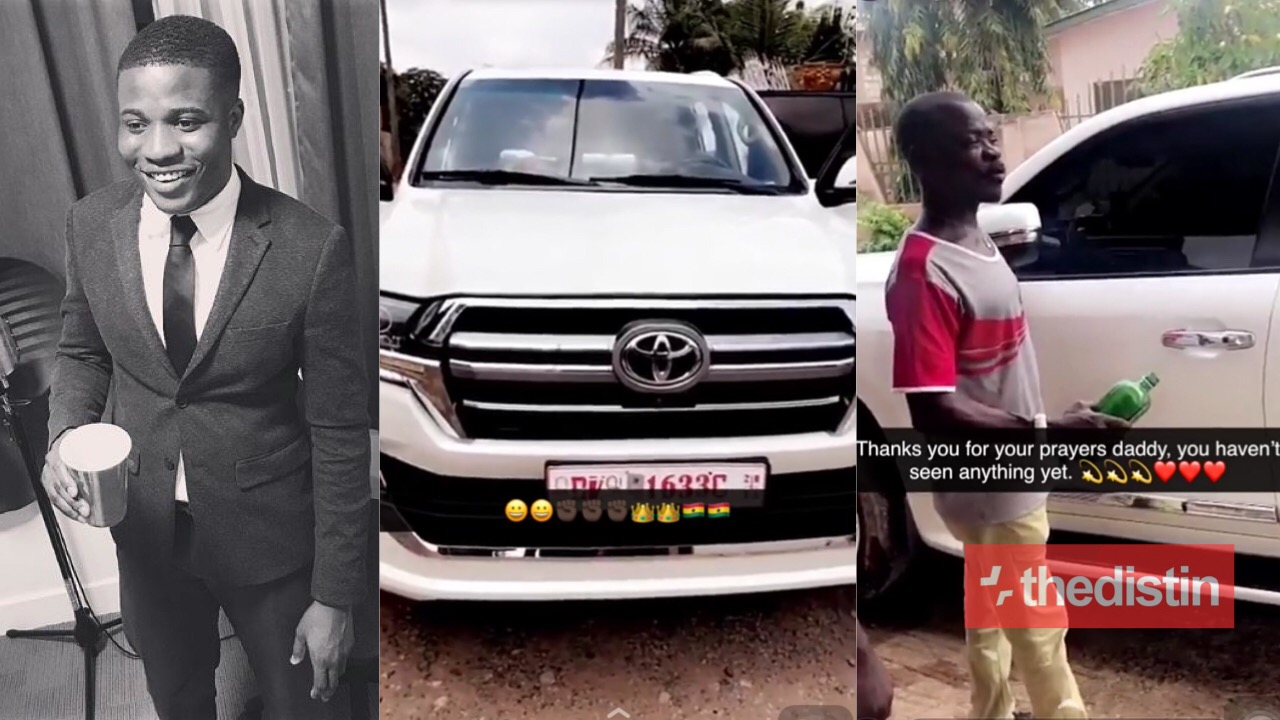 Stanley KOD, a popular business mogul who is also a military man in USA and mostly regarded as brother of Menzgold CEO Nana Appiah Mensah aka Nam1 leaves his father speechless as he buys him a brand new Toyota Land Cruiser.

Stanley KOD in a new video available to Thedistin.com has shipped a new brand new Land Crusher, his father’s favorite car to him in Ghana as he marks his 60th birthday.

In the video, KOD’s father was seen excited as he performed libation as a prayer on the car and the video is very emotional and also encouraging.

This is just a dream come true for KOD’s father as his military son living in USA has granted his favorite request/wish to come reality.

KOD’s surprise to his father was to make his 60th birthday a memorable one.

Buys a brand new Land Crusher For His father who just turned 60 years.

Stanley Kodia popularly called KOD has for several times accused government of hindering the embattled CEO from retrieving his money.

Stanley KOD who is known to often speak on the Menzgold saga has jabbed government as he claimed that government is sabotaging the embattled CEO.