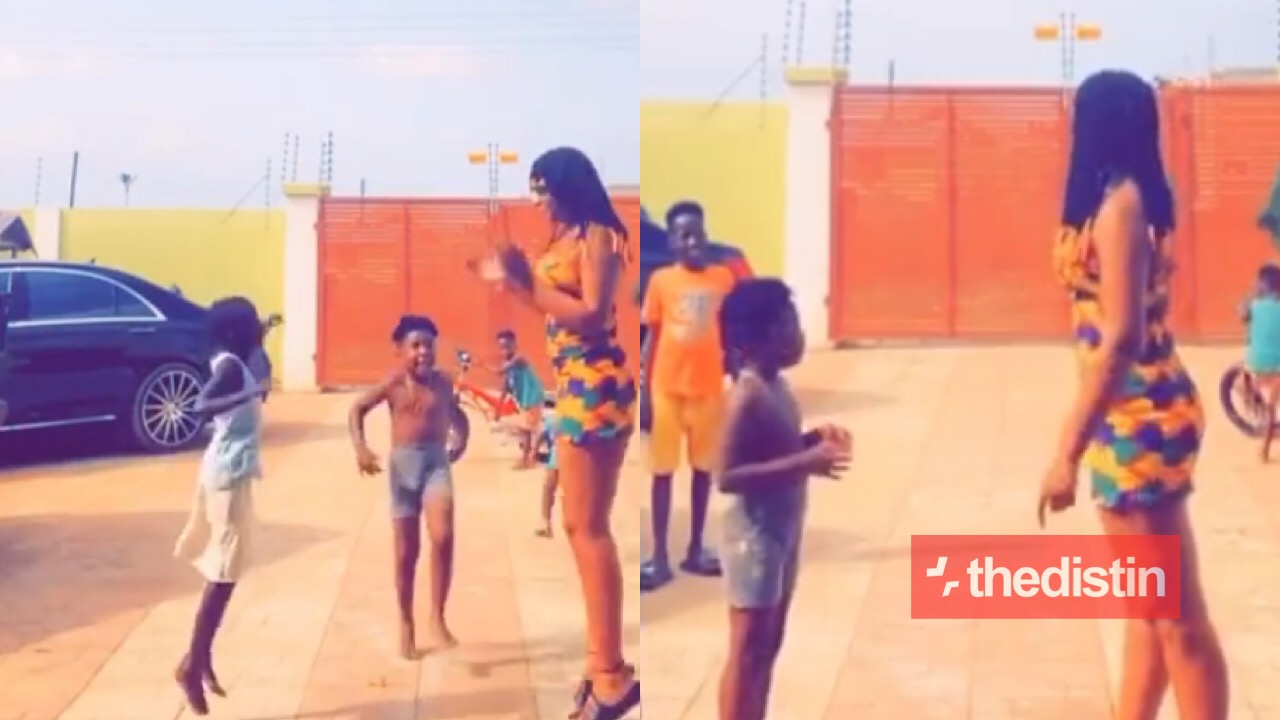 Michelle Diamond popularly called Shatta Michy has shared a video of herself playing Ampe with her son, Majesty and some other children in her house and as seen in a video, her plush cars were on display.

Shatta Michy has advised everyone while sharing a video of herself spending quality time with her son and his friends as she has asked everyone to live a fearless live just as children see the world.

Agreeably, children see the world as fearless especially when they have no responsibilities unlike their their parents who think for their betterment.

Michy has said that every human should live just like children do in terms of being innocent, curious and full of wonder.

While sharing the video, Michy wrote:

To enjoy life to the fullest, continue to see the world as fearlessly as a child sees it –
In all it’s innocence, curiosity & wonder 🤗 Happy Sunday Fam

To enjoy life to the fullest, continue to see the world as fearlessly as a child sees it – In all it’s innocence, curiosity & wonder 🤗 Happy Sunday Fam