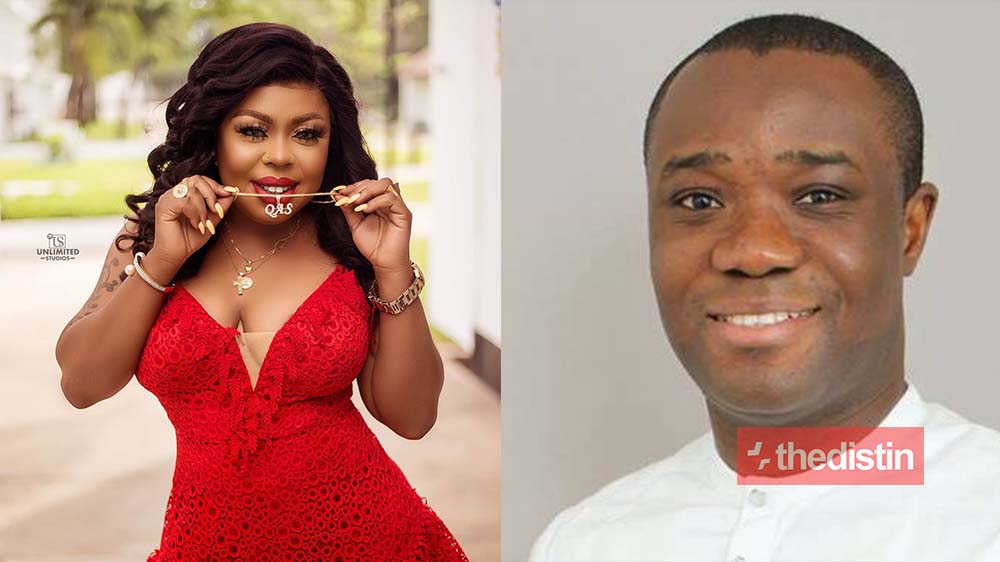 In a lengthy post sighted by thedistin.con on Afia Schwar’s Instagram page saying that it was wrong for whoever recorded the video to have done so adding that the lady Kwakye was involved with is not married yet.

She further said, the lady is not yet marriage so she is not the property of the man or the family

Afia also went on to advise Felix not to go about “sleeping with women in NDC party T-shirt, explaining that it is extremely dangerous for him at this crucial election moment.

Meanwhile, just in case you missed that video in which was allegedly caught and his reaction after he was caught. Click here to watch the video

He has also come out to speak on what actually happened after he was caught. Click here to read what he said

Below is what she posted

Lets just be honest…
Every man is chopius n equally guilty of whatever FOK is been accused of..
The gentleman that recorded the video should be ashamed of himself ranting over his brother’s “Girlfriend”…
Well your brother’s Girlfriend is Not your family’s property…neither is she your relative n she can do whatever she want with herself…I feel sorry for the women that was encouraging your foolishness.
My advice to Felix,you dnt go sleeping with women in your party’s t-shirt at this crucial moment…I mean how??? Excuse me someone that held a political office should be smarter than that…who does that,you must always look at the bigger picture than a minute or 2 of orgasm..yes orgasm last maximum 2 mins so dnt throw your future away sake of orgasm.
Having said that kindly remember to vote for Nana Addo Dankwaa for a better tomorrow..
Lets give him 4 more to do more..4 more to focus on the orphans.
God bless us all,God bless 🇬🇭.