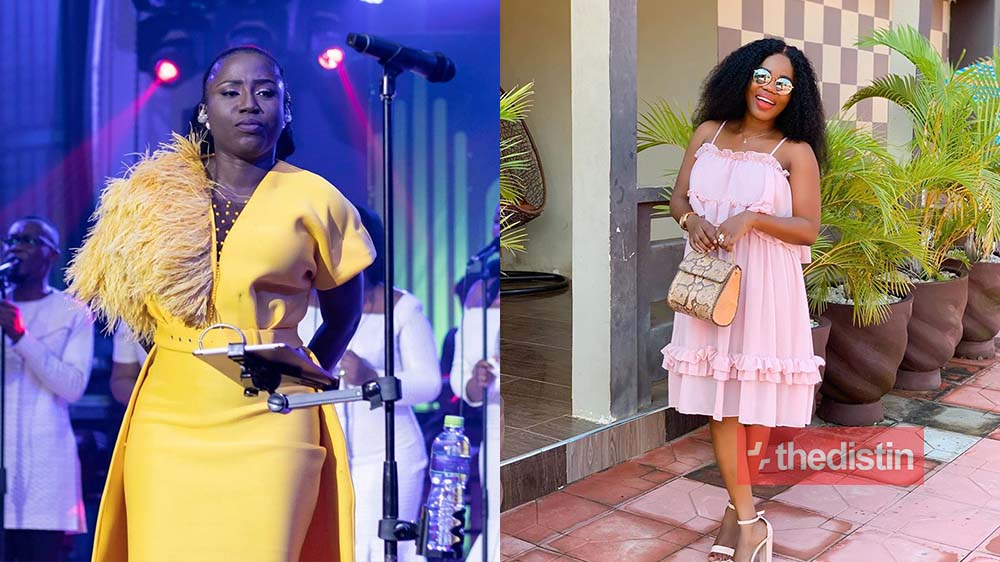 Both Diana Hamilton and Mzbel were in the studio addressing some issues about her recent miscarriage, her music label, Afia Schwar, and her separation from singer Iona.

According to Mzbel, a few weeks ago she was doing ‘water fasting’ and she had no idea she was pregnant for some weeks.

She added that she started feeling somehow and decided to go for a medical check-up and after a few examinations the doctor told her she was pregnant for some weeks but has lost it.

After revealing on social media, Afia Schwar on Adom radio after hearing Mzbel had lost her twins said that “God does not bless drunkards with twins” as she Mocks Mzbel After She Lost Her Unborn Twins (Video)

Meanwhile, Diana Hamilton decided to pray for her to experience God’s presence and power in her life.

However, Mzbel who for some time now speaks ill about the Christian God decided to express herself immediately saying that she is really confused about what Diana is saying adding that there are a lot of religions in Ghana so she will worship the one she believes in.