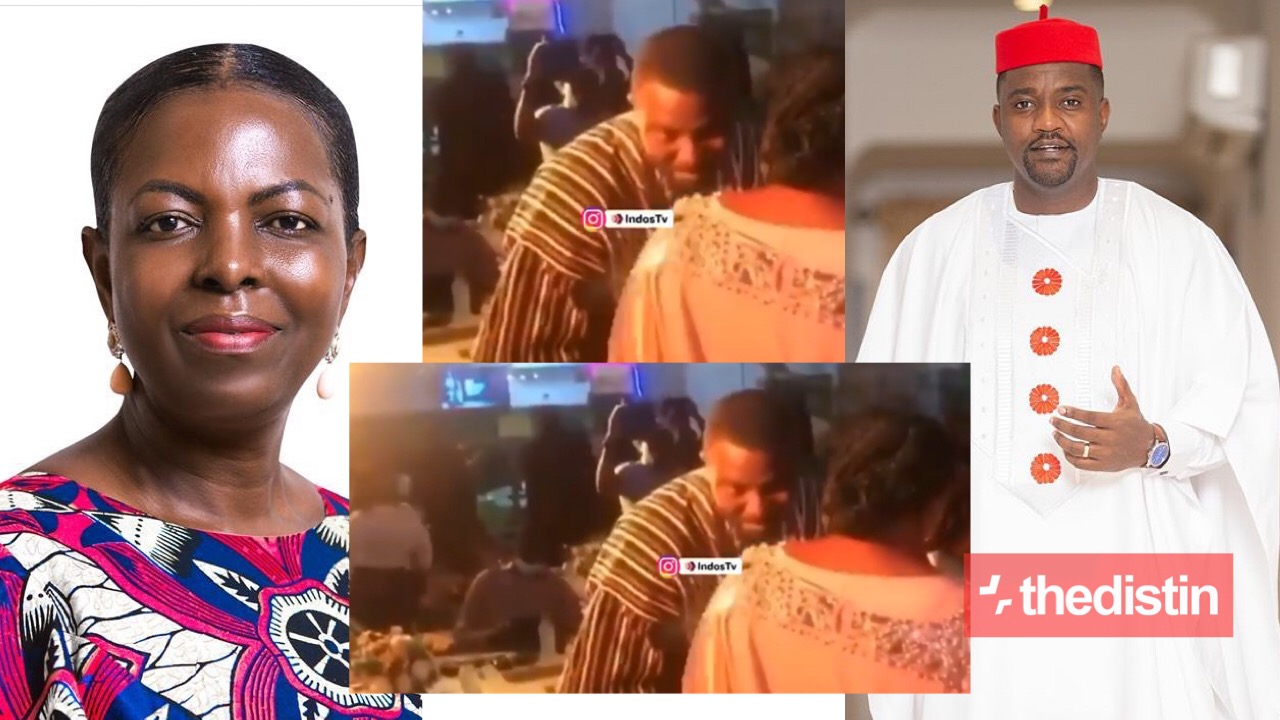 Lydia Alhassan, the current MP for Ayawaso West Wuogon Constituency in the Greater Accra Region and the aspiring MP, John Dumelo who happens to be her competitor spotted dancing at an event together.

Thedistin.com had earlier reported when the two were seen in a viral picture during a clean up exercise in their constituency hugging each other, click here to see the picture.

The duo have again been seen at an event dancing together like they are not in any form of competition as they get cheered by the people around them.

Although the two are in a competition in the upcoming December 7th election, they have promised to ensure peace in the Ayawaso West Wuogon Constituency.