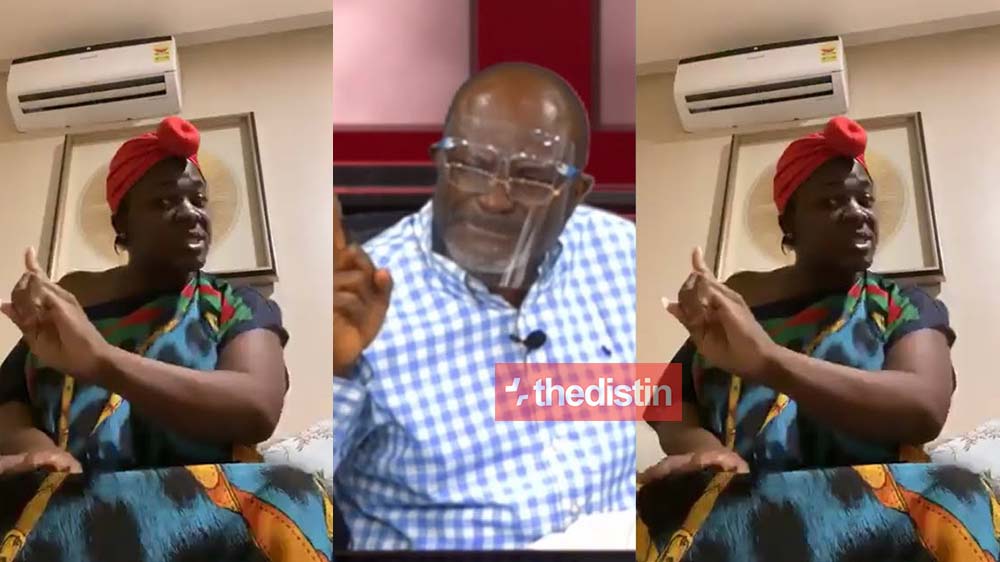 Kennedy Agyapong has hit back at Tracey Boakye on his ‘The Seat‘ on Net 2 after she went live on Facebook and exposed him for allegedly chopping a popular actress and giving her government contracts.

Just when we thought the fight had ended after Tracey Boakye went hard on Kennedy Agyapong two consecutive times hours after the member of parliament used her popular ‘Papa No’ saga as a campaign message, click here to watch the videos.

Kennedy Agyapong has replied Tracey Boakye with a bombshell when he was live on his popular show ‘The Seat’ on his television, Net 2 Tv.

According to Kennedy Agyapong, he used Tracey Boakye’s saga with John Mahama just to refute a point he made addressing Nana Addo on an event and did not intend to degrade her.

Kennedy sounded cool at the beginning of his video, however, he gave Tracey a hot ‘slap’ and revealed he has more information about her.

Kennedy Agyapong replies Tracey Boakye again when he was live on his popular “The Seat” show on Net 2. Where he used harsh words, his voice was muted so you can fill in the blank with your own words 😂😂