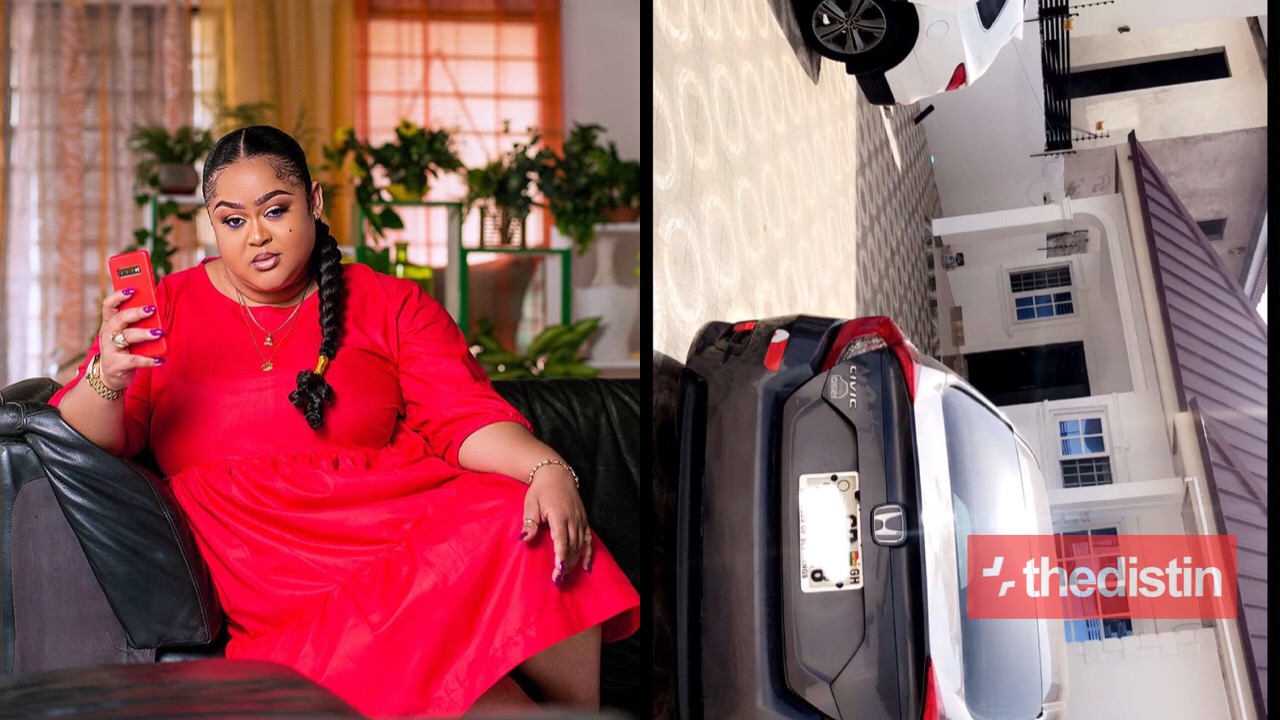 Vivian Jill Lawrence is arguably on the top five lists of richest Kumawood actresses who does not brag with her assets.

Read Also: Kumawood Actress Vivian Jill Lawrence Celebrates Her 37th Birthday With The Poor In A Village I Video

Aside her countess movie roles, she has some serious businesses including catering company, delivery company just to mention few.

Vivian Jill Lawrence has stayed consistent with her body of work which is acting as she is among the best serious personalities in the movie industry.

A video showing the house and cars of the actress has popped up online. The actress is among few others who uses a remote controlled gate.

In a video available to Thedistin.com, a guy could be seen opening the gate in the house with a remote. Also, the actress’ last born, King Alfie was seen playing in his mother’s large compound.

A view of Actress Vivian Jill Lawrence’s house and cars. Vivian is One of Ghana’s outstanding and very well mannered actresses.