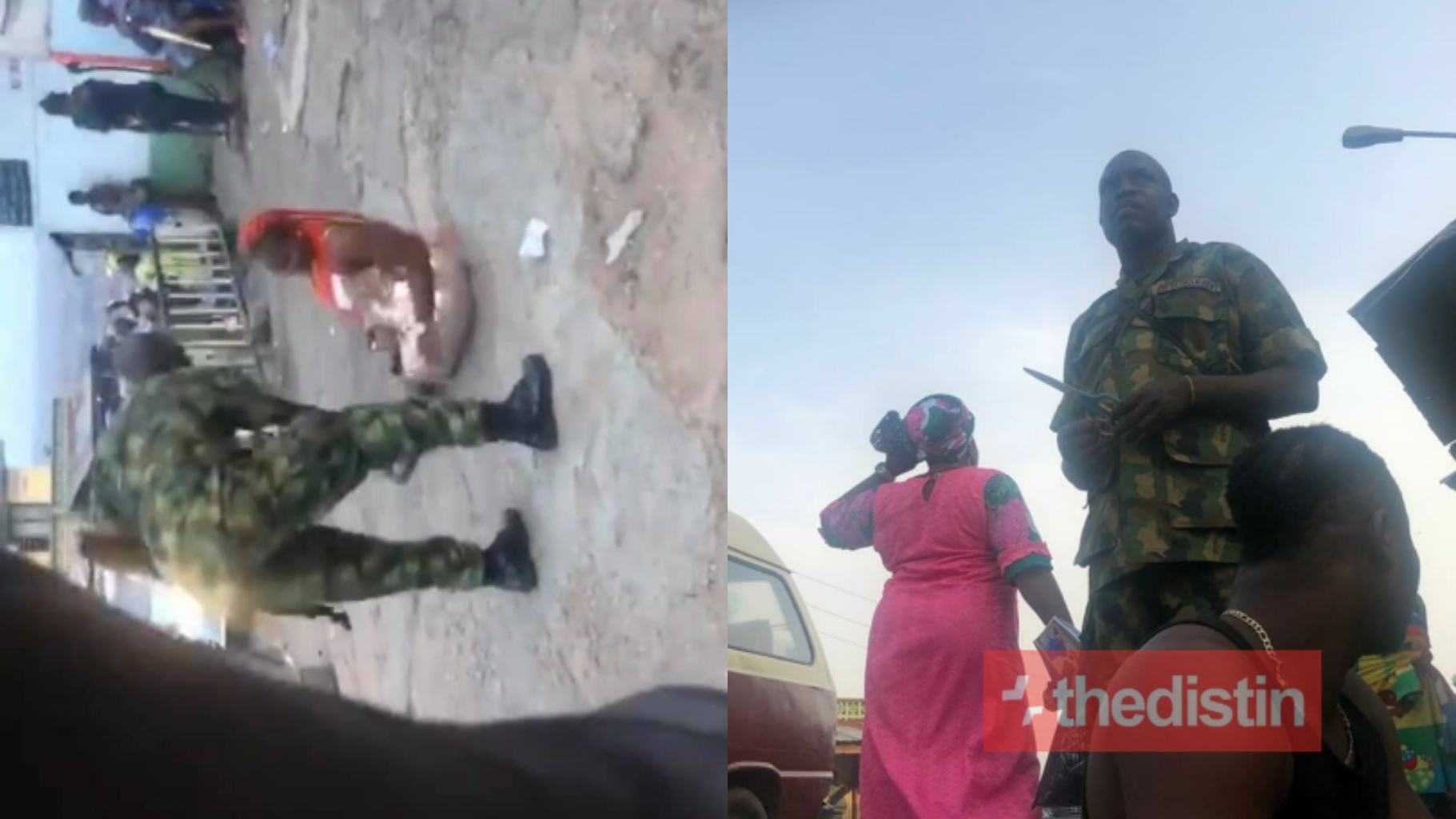 Thedistin.com has spotted a video of a military man beating a woman in public after she dressed indecently.

In the video, the military man is seen using a belt to beat up the woman.

According to an eyewitness, residents of the area now live in fear following the “extreme actions” of the “Operation Beast” soldiers in the state where there is no curfew.

The same military man was again spotted cutting the hair of some passers-by.

Read Also: Robbery Gone Wrong: See How This Armed Robber Was Locked In A Super Market After Trying To Steal Their Money (Video)

The soldiers in Ibadan were also recorded cutting people's hairs with scissors and flogging those dressed indecently. Swipe to listen to a victim explain how they were pulled over for nothing by the soldiers. This is shameful @hqnigerianarmy #gossipboyz