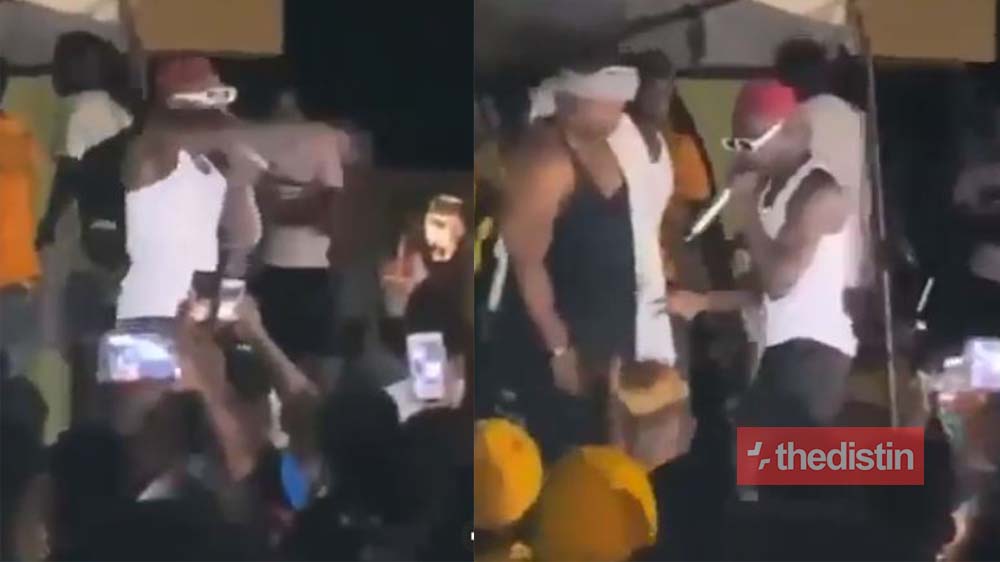 The unfortunate incident happened at the Asankwagua, the capital of Amenfi West Municipal, a district in the Western Region of Ghana on Saturday 31st October 2020.

In the video, Bosom P Yung was seen performing a song he featured Wendy Shay when all of a sudden the whole stage went down.

The good news is nothing bad or serious happened to them.