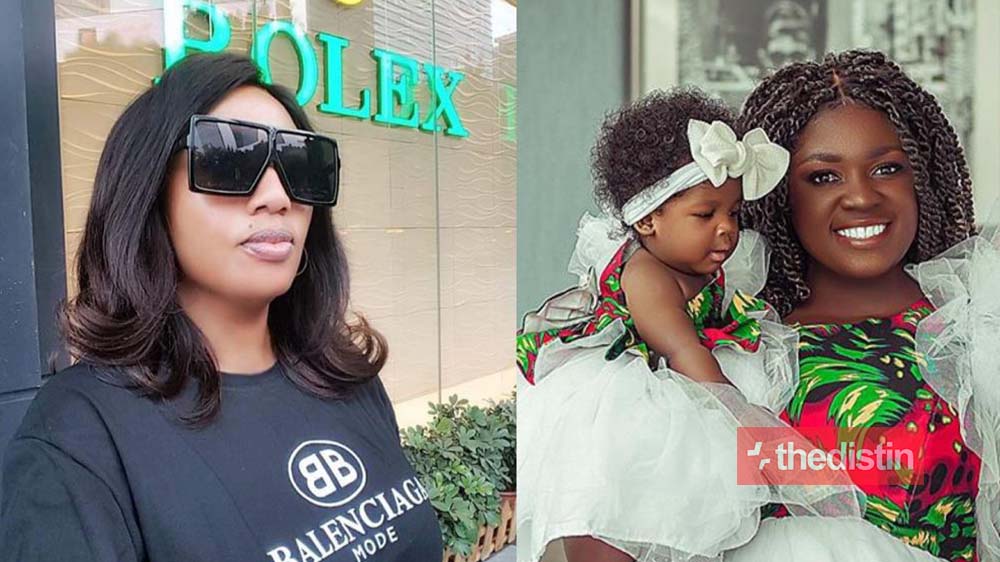 Diamond Appiah earlier reacted to Kennedy Agyapong’s claims that Mahama is the papa who bought the house at East Legon for Tracey for $450,000.

She also adds that Tracey Boakye’s baby daddy is sick and tired of all they have been saying about his fiancee adding that he is not a politician and does not have anything to do with NDC or NPP. Click here to read more

Below are some of their comments

So you are her spokesperson now..madam better finds something else to say and talk to your so called friend who claims to be a celebrity.Advice her before she does same to you someday.And the man he isn’t dumb to send you message he should come and tell her himself 🤝

The way Diamond is extremely classy paaa and want to be a part of this bush girl I shock paaaa. I adore you Diamond so please be picky with people u befriend

We were all enjoying how calm you were till u decided to tlk about this issue.leggo..was it not this same tracey who announced to the world that the same man fucking her n Mzbel was the one who bought this particular house fr her?did Kennedy n i even know about this?boss lady,please stay away so d luv n respect we’ve got for you doesnt reduce.u should advise her to learn to be silent when there is an issue.it would have just died by now.pls advise her to go confront Gloria since she was the one who brought the ‘papano out’ instead of attacking Kennedy.Kennedy just need contents for his campaign message just as Mahama does

When a whole boss lady turn errand lady all in the name of friendship 🤦🏽‍♀️🤦🏽‍♀️🤦🏽‍♀️……aaaah na the so called fiancé nno is he scared of the camera 🤦🏽‍♀️…..don’t involve yourself in this childish play wai