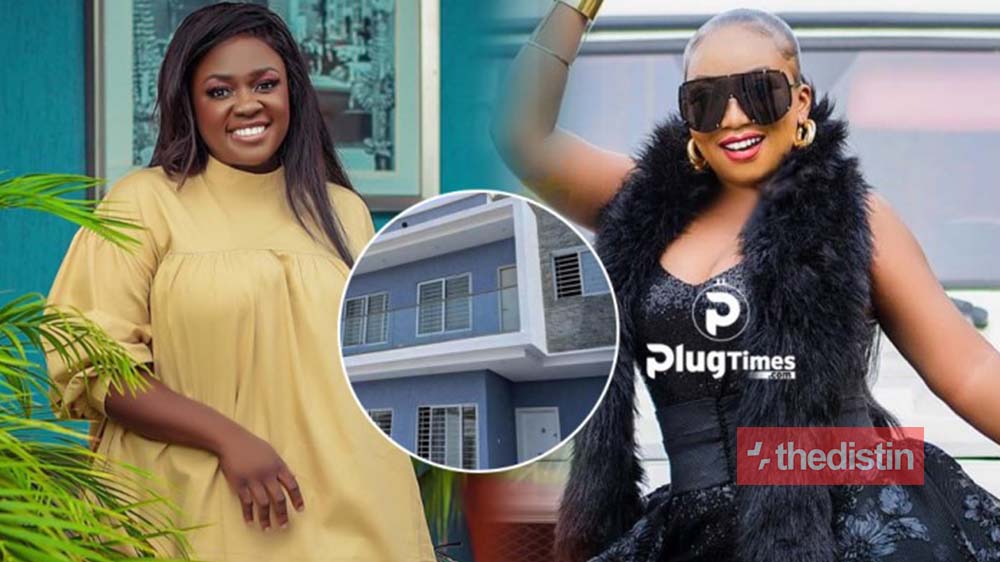 According to Kennedy Agyapong who always calls the former President John Mahama, the “Papano” Ghanaians are looking for during a campaign rally said he bought the house in East Legon for Tracey Boakye. Click here to read more on that story

This he said as usual didn’t sound well to in the ears of Tracey Boakye leaving her with no choice to react by blasting him left right front back center with unprintable insults. Click here to read and watch that video

Tracey Boakye again accused the Hon. minister of chopping an actress in Madina, Accra adding that he is impotent. Click here to read and watch the video

Meanwhile, Diamond Appiah has also reacted to Kennedy Agyapong claims that, Mahama bought the house at East Legon for Tracey for $450,000

She also adding that, Tracey Boakye’s baby daddy is sick and tired of all they’ve have been saying about his financee adding that he is not a politician and does not have anything to do with NDC or NPP.

Good evening Fellow Ghanaians, Mr “X” (Name Withheld) who happens to be my very good friend and @tracey_boakye ‘s Fiance says I should inform Ghanaians that he is really sick and tired of all the lies that has been going on about the property he bought for his Fiance Tracey Boakye as a push gift for carrying his Princess. He has asked me to come n clarify that the property was up for sale for $350,000 dollars (negotiable) not 450,000 dollars and alot of Estate Agents within the east legon enclave even posted it in their listings months ago including @o2aproperties_and_landsurveys (Evidence) So he is begging you all to leave his family alone to live there in peace. Secondly he is not a politician and doesn’t have anything to do with NDC or NPP so at the appropriate time he will allow me to reveal his identity to you all. Thank you

She wrote on IG