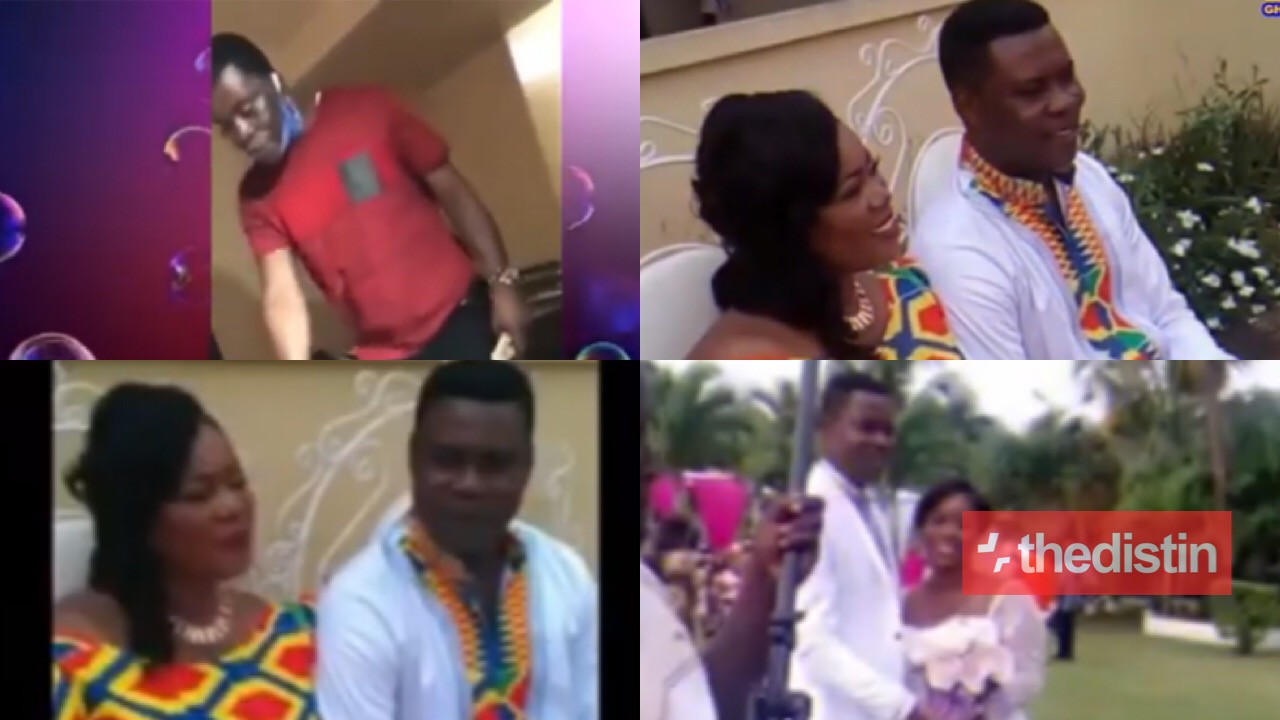 Ghanaian US based pastor, Frank Yaw Saahene who was spotted in viral video using threatening words on his wife, Elizabeth Ofori opens up and reveals more secrets in an interview with a Ghanaian-Israel based presenter.

On 28 October, a video was trending fast on social media that showed a pastor arguing with his family and her family over a divorce paper.

Read Also: Another Ghanaian US Based Pastor Fights Wife Over Signing Of Divorce Papers, Sends Death Threats To Her | Video

From the video, the wife together with her brother and sister were seen asking for a divorce from the pastor however, he refused and out of frustration, he said told his wife to take America with her when she dies which was taken by many as threatening message, click here to watch the video.

The pastor identified as Frank Yaw Saahene said that his trending video was edited and it wasn’t as many presume is taking over with Ghanaian pastors living abroad and killing their partners.

Pastor Frank Yaw Saahene said the incident happened 6-7 years ago prior to the similar case as Barbara Tommey and Sylvester Ofori’s case.

The pastor said that the video was recorded by the his wife’s brother and it was seen as a toy car which is a camera and it was seen with a small boy just for him not to know it wasn’t a camera.

Read Also: Rev Obofour Finally Gets A Competitor As A Pastor Jubilates After Cashing Out Huge Money From His Church Members | Video

Frank Yaw Saahene said he first met her wife at Ghana when she came there for her third time and they got married. He explained that prior to them getting married, she used to come to his church for them to have a hearty chat and she even saw his children after his first wife divorced him.

According to him (Frank Yaw Saahene), they had already married in Ghana and had possession of their certificate.

The pastor explained that the genesis of the whole misunderstanding was that he went to Ghana when he was told that his church was on the verge of collapsing. Prior to him going to Ghana, pastor Frank Yaw Saahene the brother of his wife had already warned him that should he leaves to Ghana to operate on his church and leave his wife alone in the USA, it shows he doesn’t love her.

However, his refusal to stay by his wife made them think he doesn’t love her and then planned evil against him which he explained that he couldn’t handle anymore and was asking for a divorce from her.

Read Also: Video Of A Ghanaian Pastor Shaving Women’s Pubic Hairs As He Prays For Them In Church Goes Viral