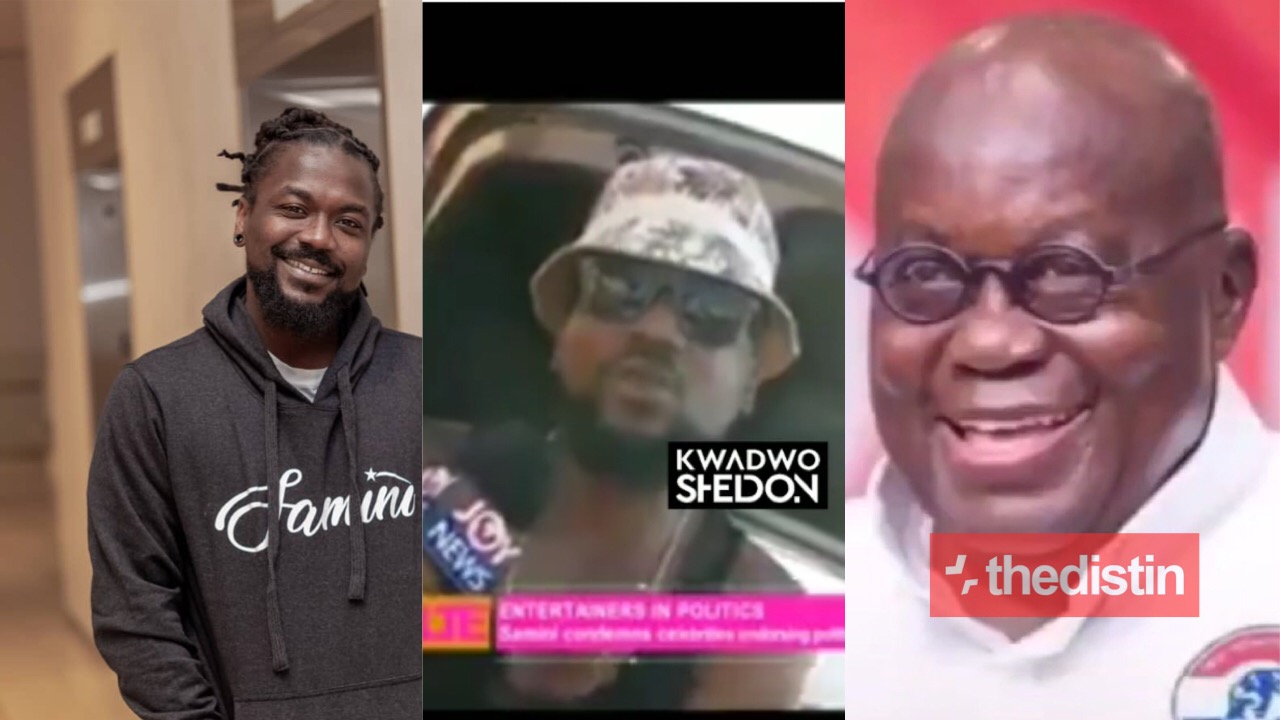 Samini condemned entertainers in the politic sectors some years back in an interview with MzGee but failed to walk his talk as he has released a campaign song for Nana Akufo-Addo titled ‘Kpoyaka‘.

According to Samini, it is not healthy for celebrities to engage themselves in politics because entertainment represent the masses.

Samini detailed that already, entertainers have various political parties who listen to their songs and hence if one joins or endorses a particular party, it is not healthy for their brands.

Samini has recently released a song for president Nana Akufo-Addo titled ‘Kpoyaka’ which he talked about the good developments that the NPP government have brought to the country, click here to watch the video.

This comes shortly after Sarkodie also endorsed Nana Addo and condemned the Ndc in his new song with Kuami Eugene titled ‘Happy Day’, click here to listen and download to the song.