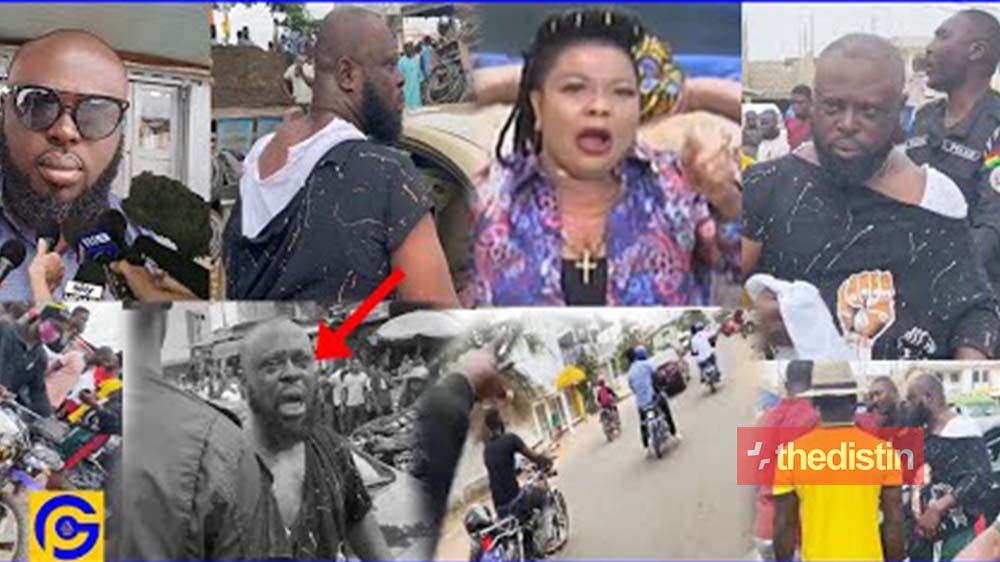 According to rumors, Nana Agradaa ordered his arrest because he is owing her GhC10,000 for some time now.

However according to Nana Agradaa, the money does not belong to him, he took it from her because he wanted to fix his spoilt car and never returned the money.

Now a few months ago, Appiah Biblical in a viral video challenged Nana Agradaa to take him to court over this same money issue as he mocked her during a live video on social media

Today afternoon 3rd November, Nana Agradaa ordered her guys to go after him after she heard that he has come to her hood.

The guys she sent chased him with a motor bike while he was driving around in his car.

They called him a thief in order to get the attention of others so they can help them catch him.

Read Also: Michy Narrates How Shatta Wale Broke Her Leg During S3x After They Tried Some Wild Positions | Video

When he finally got caught, they dealt with him and you can see he is seriously bleeding.

The good news is, a police man came to his rescue after the guys took the law into their own hands instead telling the police

He is currently at Bakuman police station after they almost killed him when they caught him.