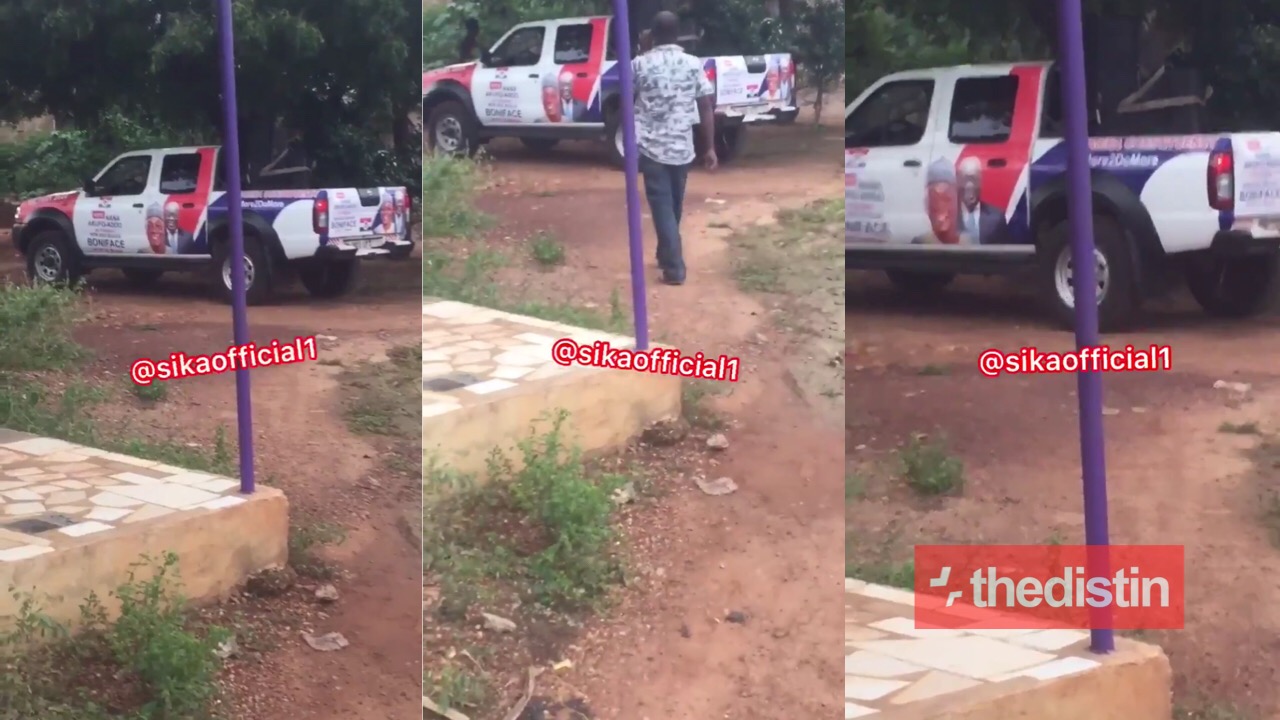 Sarkodie‘s song with Kuami Eugene titled ‘Happy Day‘ that was released just few hours ago that has sparked a lot of controversies has been heard seriously being used by an NPP party member as a campaign song at Oyarifa.

Rapper Sarkodie has said that his song is not a campaign song however, since it has a good message for the New Patriotic Party, many especially NPP fanatics have considered the song as an endorsement for Nana Addo.

In a new video, a campaign team spotted at Oyarifa were seriously using Sarkodie’s newest song with Kuami Eugene dubbed ‘Happy Day’ as a campaign song

In the other video too, Sarkodie’s ‘Oofeetso‘ was also heard while the driver of the car was moving from that area.

It looks like the NPP want to use Sarkodie’s songs for their own agenda.