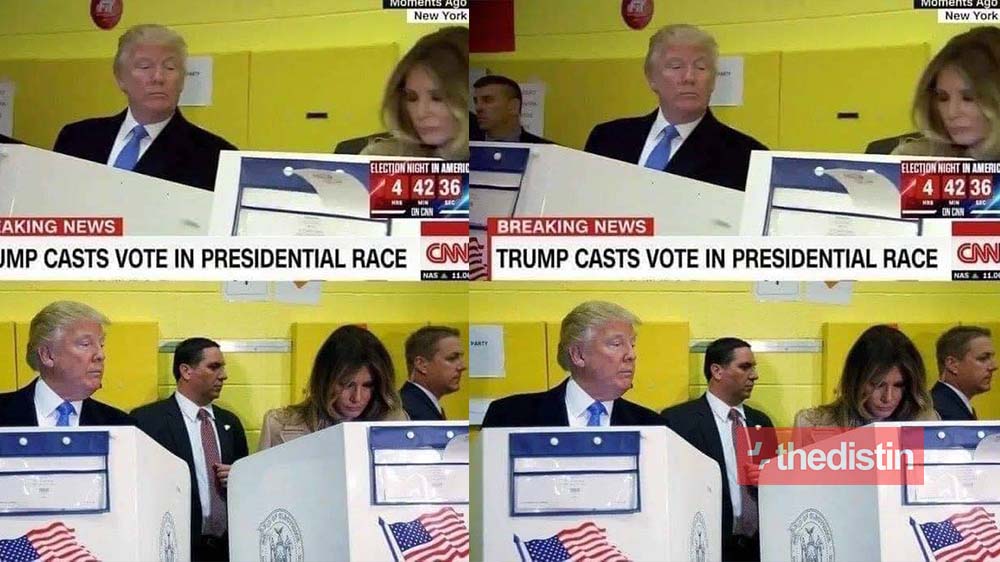 President Donald Trump joined the electorates to determine the future Leader of the United State in the ongoing presidential elections.

President Trump and the wife Melania casted their US presidential elections votes in New York .

From the picture, Trump could be seen glancing on Melania as she cast her vote.

The question is, does Trump has trust issues?