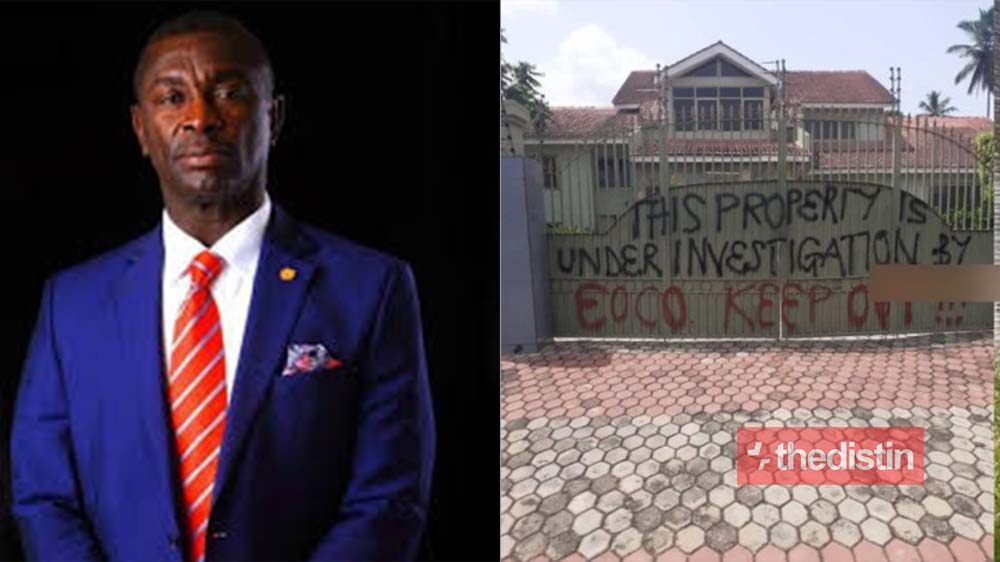 The Chief Executive Officer of defunct UT Bank, Kofi Amoabeng’s plush mansion have been seized by the Economic and Organized Crime Office (EOCO)

According to sources, the house of Kofi Amoabeng which has been seized is located at Kukurantumi in the Eastern Akim District of Eastern Region.

Information gathered has it that EOCO carried out this operation last week Friday and warned people to keep off the property as it’s under investigation.

The businessman who is also an ex-military man and his lawyers have declined to talk about it when confronted but an official with EOCO confirm the reportage.

Below is the photo: