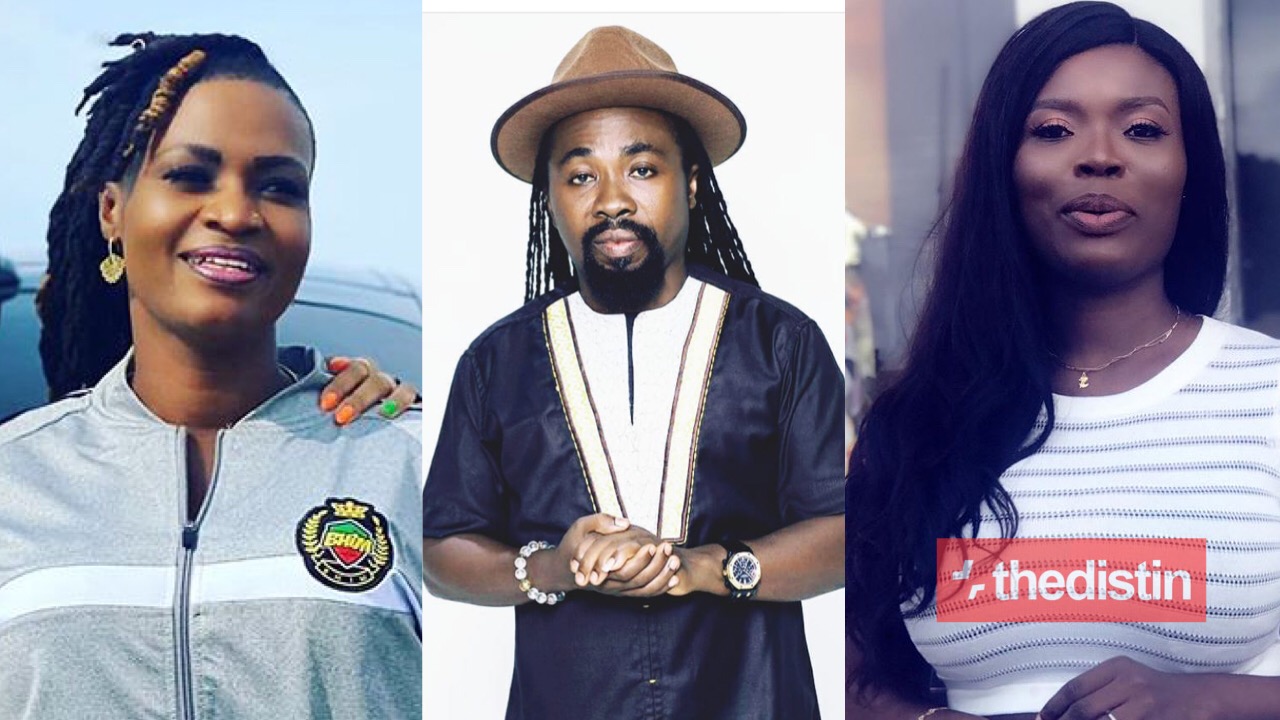 Veteran rapper, Michael Elliot Kwabena Okyere Darko known in the showbiz as Obrafour has taken a legal action against Aysiah Modi, Delay and the producers of The Delay Show for defamation for Ghc800,000, Ayisha Modi replies him and says she’s ready to face him in court.

On Friday, 9 October, Ayisha Mordi professionally known as ‘She Loves Stonebwoy’ was sued by veteran rapper Obrafour for claiming she invested $45,000 in his ‘Kasiebo’ song but didn’t get a penny in return, click here to read full statement released by Obrafour and his team.

Ayisha Modi on The Delay Show hosted by Delay revealed a statement which according to Obrafour is very defamatory.

In Ayisha Modi’s own words when she was a guest on Delay’s show, she said “I produced Obrafour’s ‘Kasiebo’. I invested close to $45000 but I didn’t even get GH¢1 from the song. I did this investment at a time when I didn’t even have a plot of land or a house”, click here to watch full interview.

Obrafour after first releasing a press statement has finally taken legal actions against Ayisha and this time, it has had Delay, and her producers in inclusion for defamatory.

Obrafour is demanding a retraction and apology from Ayisha Modi, the host and producers of the Delay Show. These he demanded to be published in the Daily Graphic Newspaper.

He is seeking for GHS 800,000 if Ayisha Modi, Delay and the producers of the Delay Show decline to retract and have it published in the Daily Graphic Newspaper as stated.

Below are pictures of Obrafour’s lawsuit to Ayisha Modi and Delay:

After Obrafour released these lawsuit documents, Aysiha Modi went live on her Instagram stories to react and she expressed her readiness to spent $1M to prove the evil side of Obrafour.

and the producer of The Delay Show for Ghc800,000. Ayisha Modi Replies Him and says she’s ready to face him.