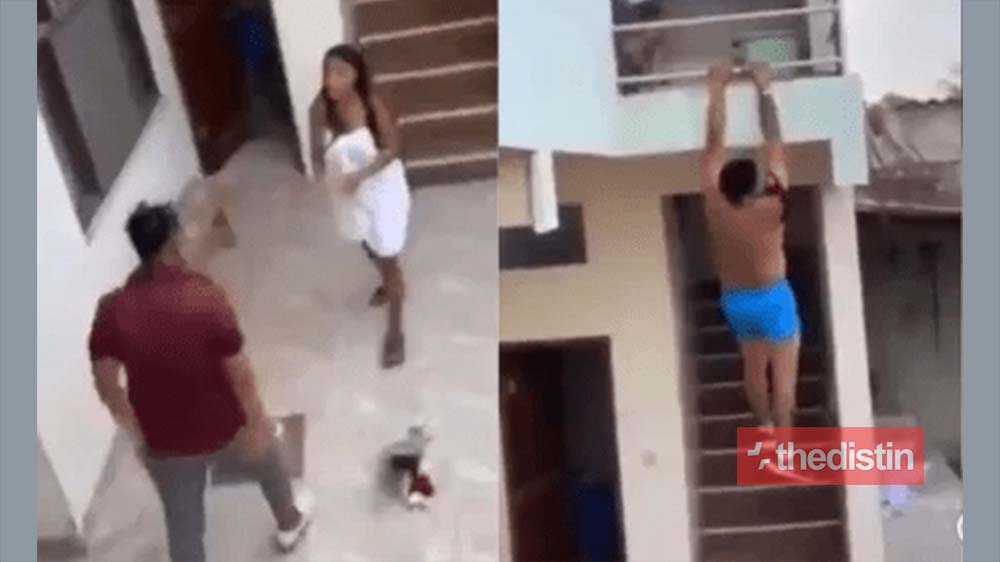 You could in the video that, the boyfriend of the girl came to visit her with a bouquet of flowers only to get the shock of his life.

The lady is seen trying to explain to him that its not what he think even though she was in her bathing towel but the guy didn’t that that explanation after what he has seen.

The man who was caught was seen trying to escape from danger as he jumped off from on top of the first floor to the ground to save his life and probably hurt himself.

When he jumped, he broke his leg but that didn’t stop him from running for his life as expected.

Read Also: “if you want your song to be featured in my new series, dm me” – Efia Odo Gives Free Promo To Musicians (Photo)