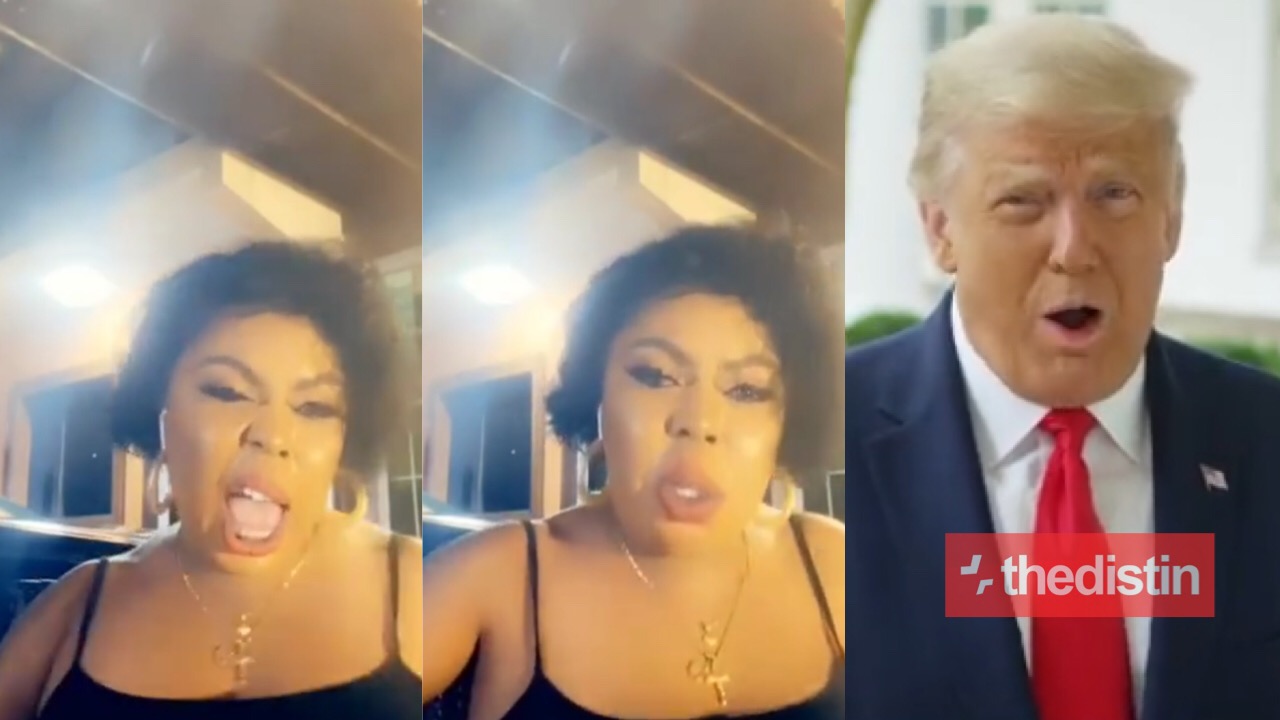 Ghanaian media personality and self-acclaimed best female comedian, Valentina Nana Agyeiwaa but widely called Afia Schwarzenegger has shared a video of herself celebrating the lose of Donald Trump in the US elections.

In the video she shared, she was seen in a black outfit and the popular sound mostly played at funerals could be heard at the background.

She was calling on Ajaguraja movement head pastor to intervene because he is the only pastor who shares foods in his church.

A post shared by 👑Queen Afia Schwarzenegger👑 (@queenafiaschwarzenegger) on Nov 4, 2020 at 9:41pm PST

In other news, Thedistin.com had earlier reported on a man who in a viral video was captured the moment a man proposed to his girlfriend during an intense prayer session.

In the video, the lady could be seen focused on her prayers not knowing her man was on his knees waiting for her to turn to see the surprise.

After a short break, the lady ran in excitement when she turned and saw her man on his knees and proposing to her.