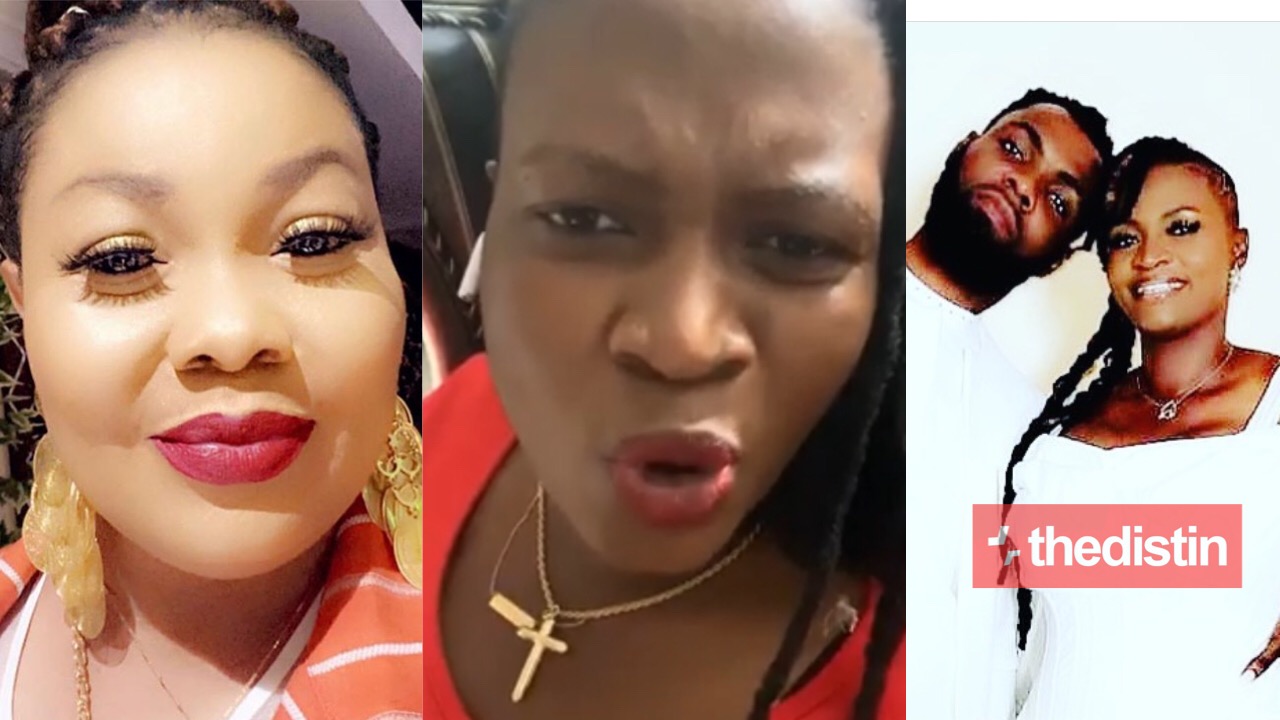 Stonebwoy‘s hypewoman, Ayisha Modi known on widely on social media as She Loves Stonebwoy has jumped on the defense of her godfather, Rev. Obofour and has promised to fight her boot for boot.

A video of Ayisha Modi monitored by Thedistin.com capture the moments she got heated and blasted Ghanaian fetish priestess, Nana Agradaa.

The genesis of why Ayisha Modi is venting her anger on Nana Agradaa is because she has attacked Rev Obofour and has tagged him as an occult.

Nana Agradaa lately has turned a vlogger on her television stations and radio station and all she does is to address social media trends and to expose people.

Nana Agradaa has been exposing many men of God with Rev Obofour being inclusive and has accused many for being fake pastors who uses juju, she goes to the extent of stating that she has proofs etc.

Since Ayisha Modi has said it time and again that Rev Obofour is his godfather basing on the fact that God has chosen him as her helper, she replied Nana Agradaa for calling him a fake pastor.

According to Ayisha Modi, Nana Agradaa herself is evil and shouldn’t have even be given a license to operate her television.

Ayisha Modi again said Nana Agradaa has been to Ayigbe for Juju and in effect it turned her child to be ill and she can’t even heal her own child but has been deceiving many for being a powerful priestess.

Ayisha Modi has detailed that she once joined some men to prevail peace in front of Nana Agradaa’s shrine, stating emphatically that she knows much about her.

Ayisha Modi asked Nana Agradraa if she loves Rev Obofour or not because of the way she talks about him on her television.