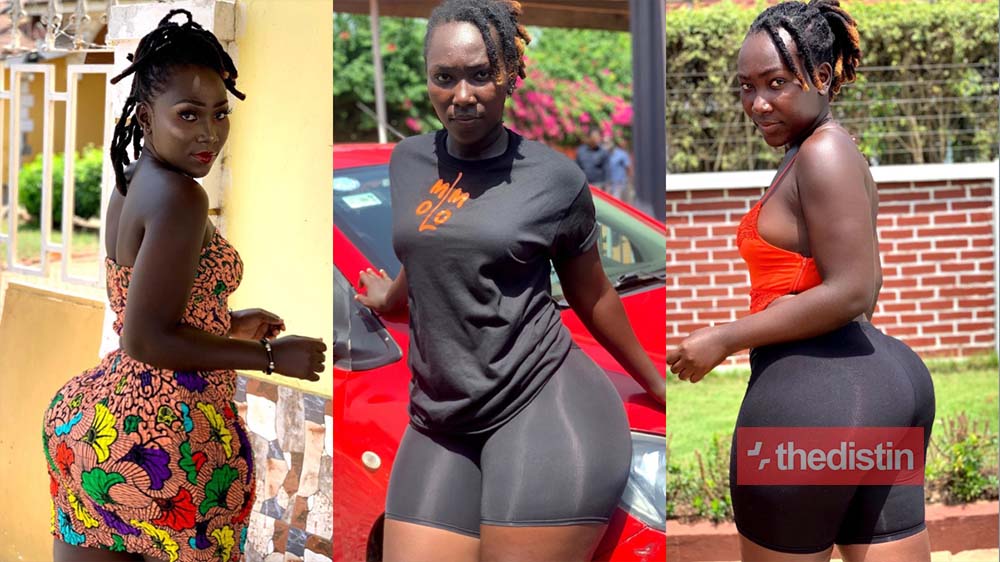 The curvy singer has been causing confusion on social media with the kind of photos and videos she has been releasing.

Well, Choqolate GH is not ready to stop any time soon as she has released a new video on Instagram displaying her backside.

In the video sighted on her Instagram page, the singer who recorded the video herself couldn’t stop flaunting her curvaceous body as she gushes over herself.