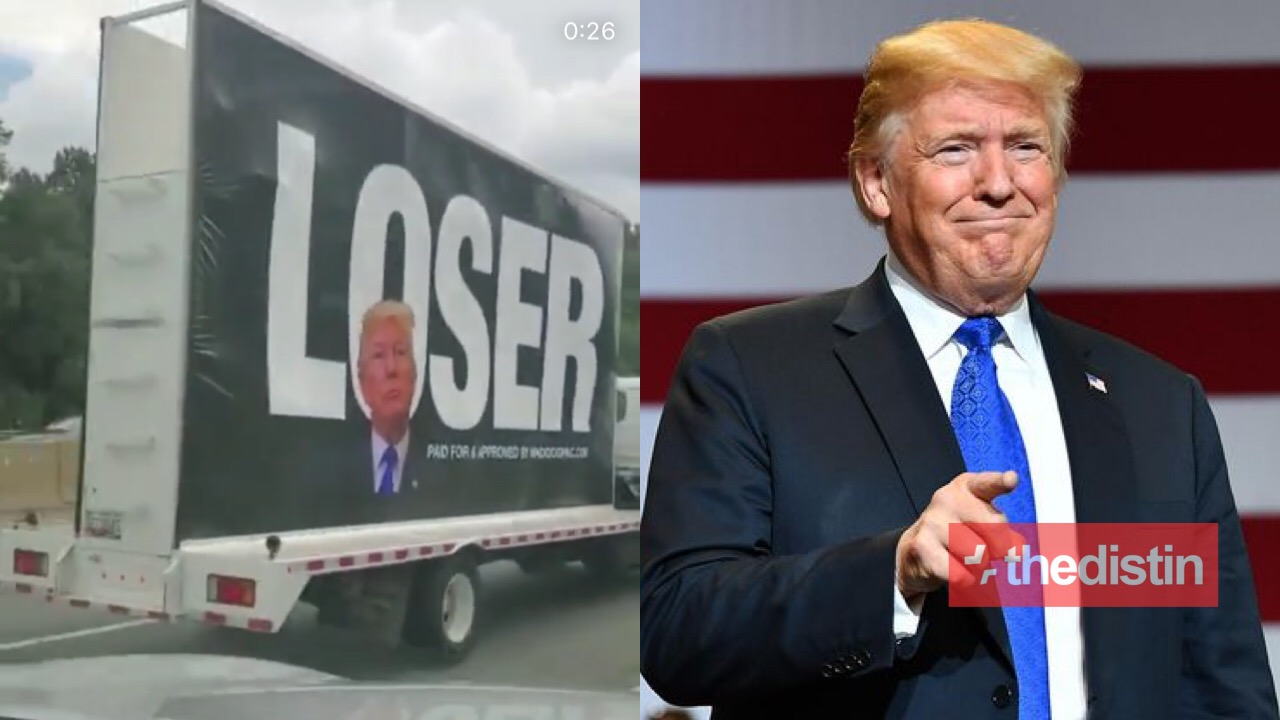 A big billboard on a truck car has been spotted with Donald Trump‘s picture with a bold ‘Loser‘ inscription written on it.

The U.S election isn’t officially over yet but it may be on the streets.

Read Also: Another Collabo Loading As Stonebwoy Links Up With Nasty C In South Africa | Video

Despite counting in some States still going on, with both candidates having the slim possibility of winning, a truck driver has been spotted on a highway carting a huge billboard that says ‘LOSER’ with the incumbent President’s face on there.

This is not surprising because it has statistically been predicted that Joe is closer to the White House than Donald Trump who has filed cases against the election that it has been fraudulent in some States.

An inscription on the billboard says “paid for and approved by MADDOGPAC.com”.

Eiiiiiiiii So ebi my uncle Trump you people dey treat so?? #2020presidentialelection

A post shared by 👑Queen Afia Schwarzenegger👑 (@queenafiaschwarzenegger) on Nov 5, 2020 at 5:53am PST