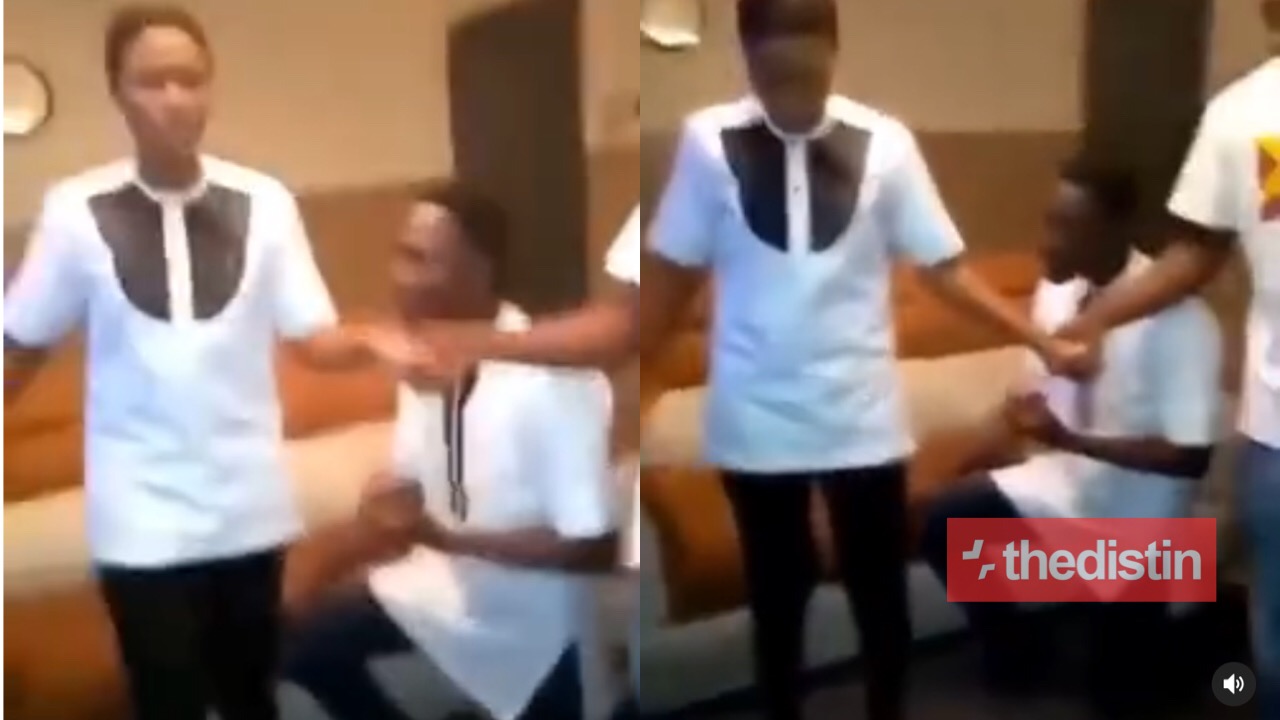 A video has gone viral across most social media platforms and it captures the moment a man proposed to his girlfriend during an intense prayer session.

In the video, the lady could be seen focused on her prayers not knowing her man was on his knees waiting for her to turn to see the surprise.

After a short break, the lady ran in excitement when she turned and saw her man on his knees and proposing to her.

Moment a man proposed to girlfriend during prayers

In other news, Ghana Police Training session ahead of the upcoming December 7th election on how they will deal with thugs sent to take ballot boxes at any polling station exhibited in a new video.

In the video, which if not watched properly one would think it is real, thugs with guns arrived at a polling station and took away the ballot boxes.

Also they destroyed all properties at the station and even fired shoots in the air to cause fear and panic to people around.

The police then arrived at the scene with full vim and vigor and attacked, and caused their arrest and even shot one with the gun who tried to shot first, click here to watch the video.