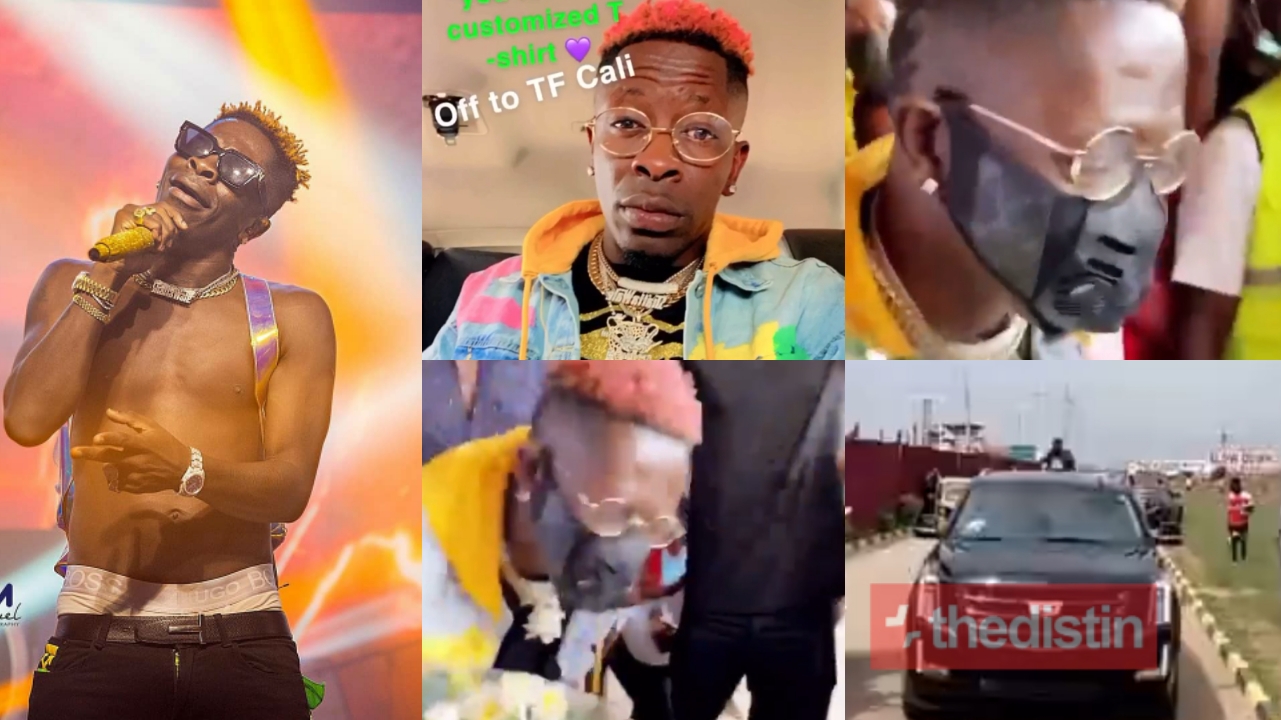 In the video available to thedistin.com, Shatta Wale is met at the Kumasi Airport with Adowa dancers upon his arrival.

Read Also: “I don’t need this award, save your money for some chicken this Christmas” Stonebwoy To Bhim Nation Fans

Also, a large crowd is seen waiting for him outside as they chant his name “Wale eeeerrr Wale”.

Juse a few weeks ago, his colleague Dancehall artist Stonebwoy was also in Kumasi to promote Boss Energy Drink.

According to reports gathered by thedistin.com, Shatta Wale is in Kumasi to get some projects done.

Watch Video Below Also: 10 Biography Facts About Shatta Wale You Didn’t Know Him