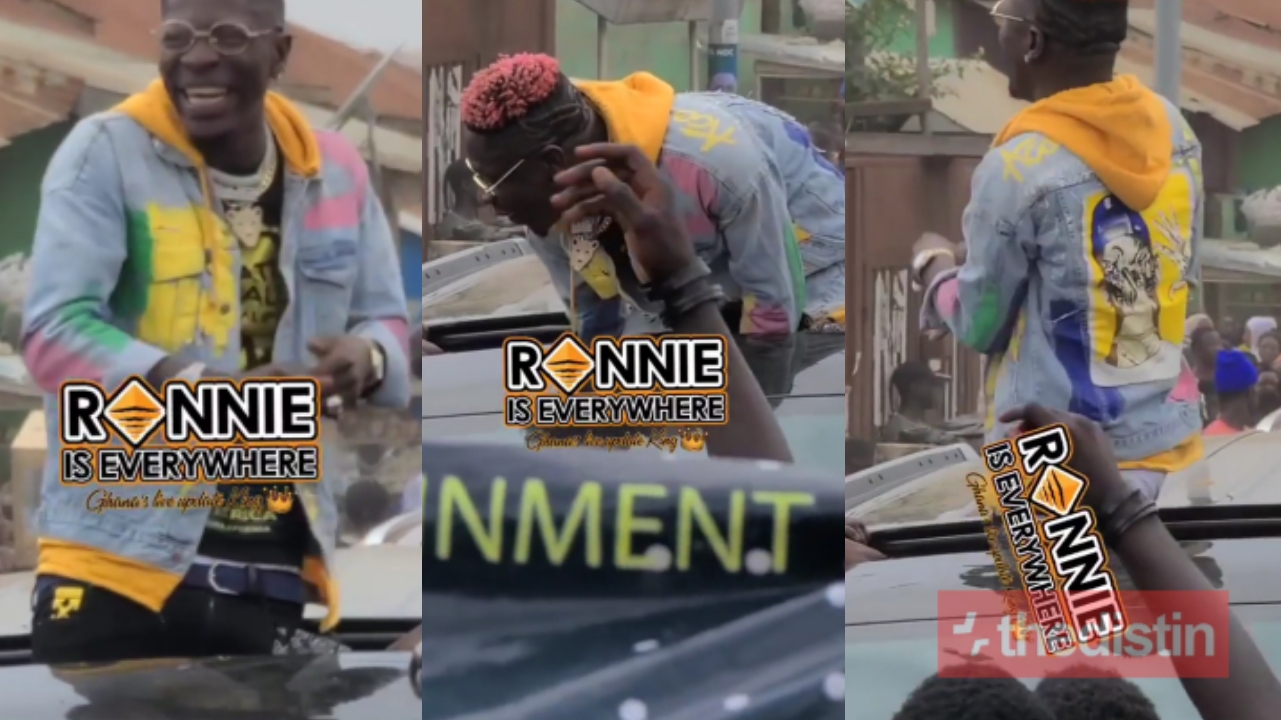 Dancehall artist Shatta Wale keeps showing his generous side as he sprays money his loyal fans in Kumasi.

Shatta Wale arrived in Kumasi a few hours ago and received a presidential welcome.

No wonder his manager, Bulldog said in an interview that Shatta Wale is popular than President Nana Akufo-Addo.

In the video sighted by thedistin.com, Shatta Wale is seen inside his four wheel drive as he throws money into the crowd.

His fans are seen struggling to get hold of their share of the money.

Read Also: Ghanaians Reacts After Stonebwoy Told Them Not To Vote For Him To Win “Youth Leader of The Year” Award

King of the streets sprays some cash to his lovely streets fans at his arrival in Kumerica. _ Omg describe this scene in one word.

Watch Video Below: 10 Facts About Shatta Wale You Don’t Know About Him