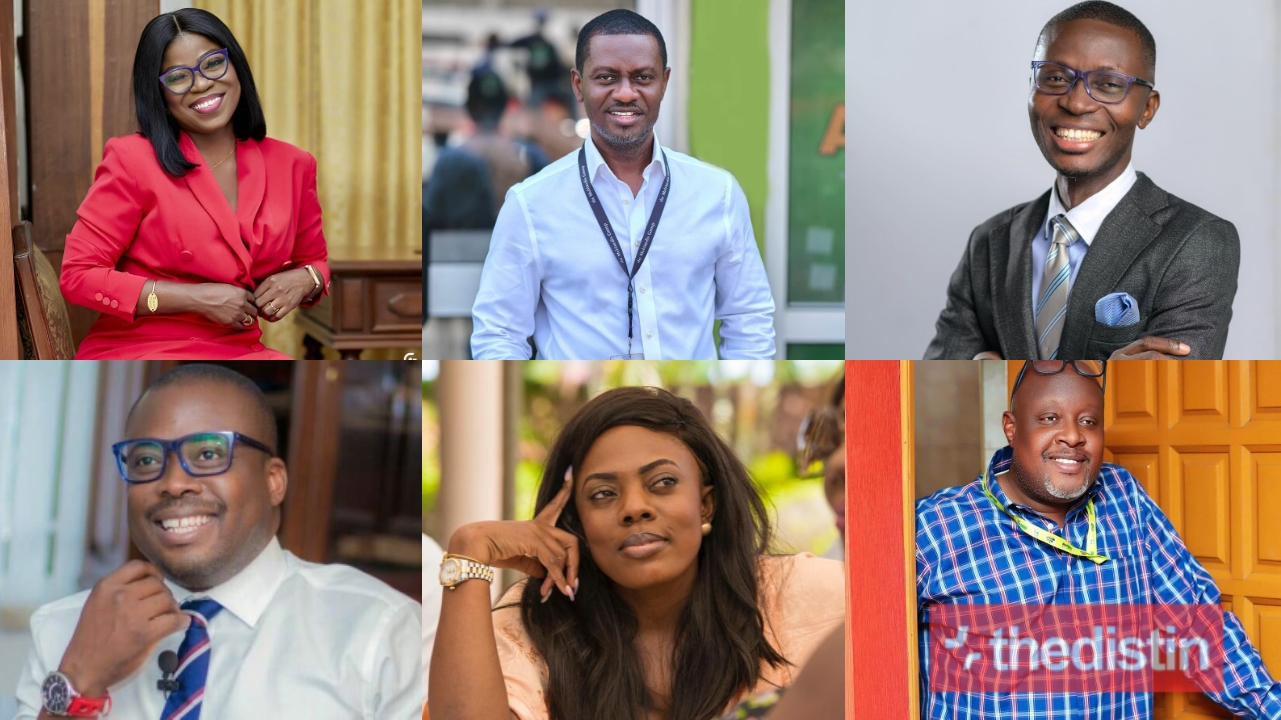 Journalism is one of the most respected and adored professions in Ghana.

With a huge number of TV and radio stations, the number of journalists in the country is on a high side.

Although very demanding, being a journalist usually comes with lots of benefits such as traveling across the world, gaining popularity and a whole lot.

As a result, we have gathered a list of 10 Journalists In Ghana Who Are Respected and do their work very well.

He is currently the host of Peace Fm morning show “Kokrokoo” which happens to be one of the most listened morning shows in the country.

He completed his secondary education at the Okuapeman Secondary School. Sefa Kayi gained an Executive Master of Arts in Conflict, Peace and Security programme at the Kofi Annan.

Kwame Sefa Kayi is married to one beautiful lady by Barbara Ewuradwoa Kayi.

The couple have 5 kids, one boy and 4 girls.

Kwame is one of most respected Journalists in the country.

Mr. Baako Jnr. Is the Ghanaian Journalist and editor in Chief of the New Crusading Guide newspaper.

He is frequent panelist in radio or TV shows in Ghana such as Peace Fm morning show, Metro TV’s Goodmorning Ghana, Joy FM’s newsfile just to mention a few.

Kweku Baako in 1999 won best journalist of the year by Ghana Journalist Association.

He is surely one of most influential and respected Journalists in Ghana.

Anamoah studied at Ghana National College. She furthered her studies at Ghana Institute of Management and Public Administration where she graduated in Banking and Finance.

Nana Aba was formerly at Media General thus TV3 where she hosted top TV shows such as the Diva Show.

Her voice when reading the Evening news makes listening to news very pleasant.

However, Nana Aba Anamoah was suspended at TV3 for some actions and later she decided to resign.

She then went to GhoneTV where she’s currently general manager at GhoneTV.