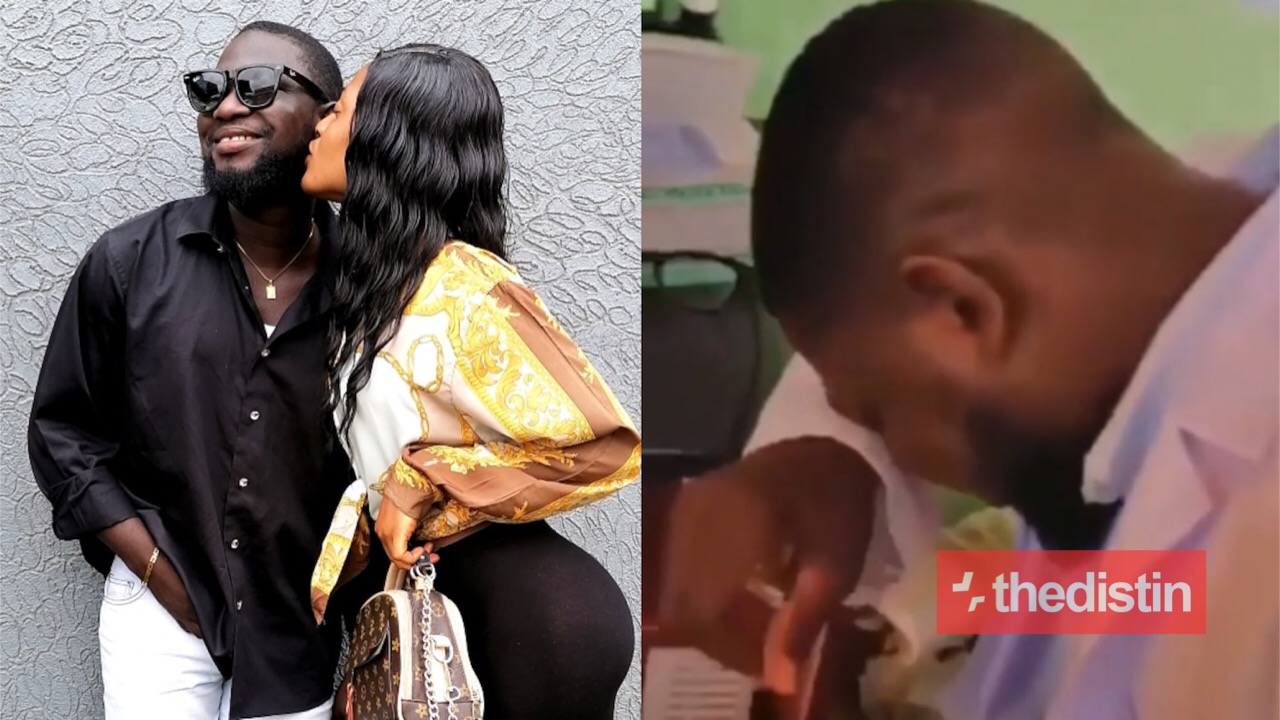 Gyebi Christian, the heartbroken Ghanaian ‘medical doctor‘ in viral video that captured him crying like a baby speaks about his girlfriend Ewurama whom they dated for 8-years.

For some few days ago, a video went viral that initially showed the medical doctor who left his patients and was spotted weeping over a heartbreak from his girlfriend called Ewurama, click here to watch video.

Later on, another video of the duo prior to his heart being broken popped up that captured them spending quality time together like most couples do, the two were chopping love, click here to watch the video.

The man in the viral video has been identified as Gyebi Christian and he has revealed that he is not a medical doctor like his viral videos projected but he is a pharmacy technologist.

Read Also: Last Video Of The Medical Doctor And His Girlfriend Chopping Love Before He Was Heartbroken

In a one-on-one chat in a story sighted by Thedistin.com on Yen.com.gh, Gyebi Christian admitted that indeed, he was heartbroken by his girlfriend and he is still yet to fully recover from the pain.

Gyebi Christian revealed that he is a product of Sunyani Technical University and also debunked claims that he sponsored Ewurama through school.

According to him, the love issue that occurred took a great toll on him because he and Ewurama have been together for approximately eight good years.

The two actually started a YouTube channel called CokenFanta before the unfortunate heartbreak came about.

Read Also: Checkout The Top 10 Most Respected Journalists In Ghana

He again noted that the moment his previous video was being taken, he had absolutely no form of awareness that he was shedding tears because he was partly unconscious of himself.