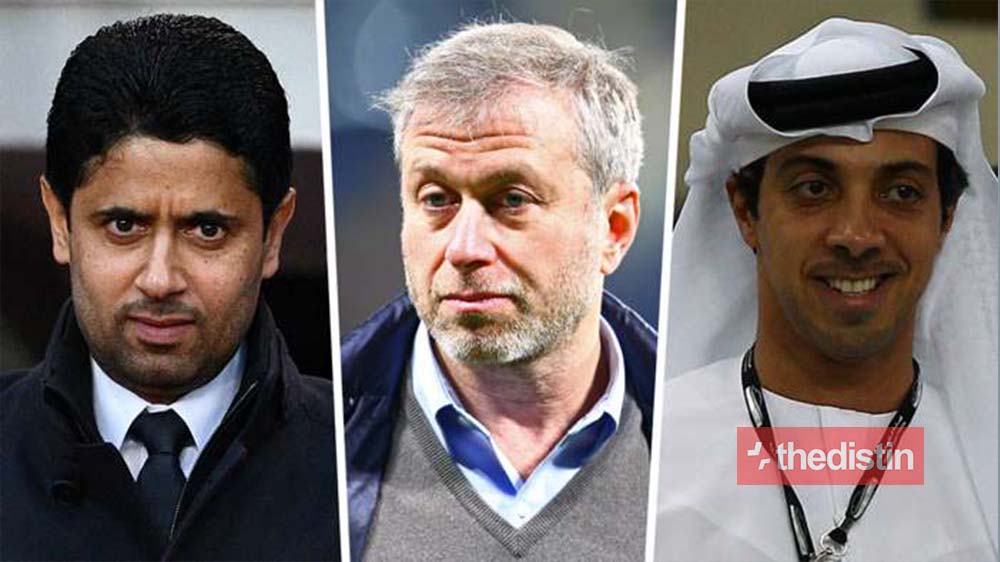 Elite-level football is a lucrative business, with billions in revenue sloshing around clubs thanks to broadcasting contracts and corporate sponsorship deals.

As well as the money involved, success in football brings with it prestige and it is also a very reliable way to elicit good will from the public at large. So it is no surprise that the game has become an attractive investment prospect for many millionaires and billionaires across the world.

Mansour bin Zayed Al Nahyan, also known as Sheikh Mansour, is best known in a football context for his ownership of Premier League club Manchester City, but he also owns a number of other clubs through the City Football Group.

As well as Man City, Major League Soccer side New York City and A-League outfit Melbourne City are among the clubs in the City Football Group owned by Sheikh Mansour. Others include Mumbai City in India and the Uruguayan team Montevideo City Torque.

Austrian billionaire Dietrich Mateschitz has compiled an extensive portfolio of teams across a variety of sports, most of which have the name of his company emblazoned on them.

The Agnelli family are the owners of Juventus, with Andrea Agnelli being the face of the family’s football enterprise, serving as chairman of both the club and of the European Club Association (ECA).

Known as an industrialist family, the Agnelli family’s business interests are varied, but they are mostly synonymous with the motor car industry, producing Fiat, Ferrari, Alfa Romeo, and other such brands.

Bundesliga side Hoffenheim may not be global players, but their owner Dietmar Hopp is an influential businessman in the software and data processing sector having helped to found SAP SE.

Hopp, who is reported to have invested nearly €400 million into Hoffenheim, is heavily criticized by football fans in Germany but was notably to the fore in the search for a coronavirus vaccine in 2020.

Russian businessman Roman Abramovic caused quite a stir in 2003 when he injected millions into Premier League club Chelsea to help propel them along the path to success in England and Europe.

He made his money in the oil industry, but has also invested in aluminium concerns among others.

A founding member of Major League Soccer, Philip Anschutz owns the popular team LA Galaxy, but in the past also owned a number of other franchises in the league, including MetroStars, Chicago Fire, and others.

The American billionaire’s main business interests are in the real estate, oil, rail, and entertainment industries.

Kroenke’s company also owns MLS side Colorado Rapids, as well as a number of teams in other sports, including the Los Angeles Rams in NFL, Denver Nuggets in the NBA, and Colorado Avalanche in NHL.

Al-Khelaifi is also the chairman of the beIN Media Group, which broadcasts a variety of sports, and he was the mastermind behind the world record €222 million (£198m/$263m) transfer of Neymar from Barcelona to PSG.

Zhang Jindong is a Chinese billionaire who, through his company the Suning Holdings Group, acquired a majority ownership stake in Serie A club Inter in 2016.

The Suning group is a retail business dealing with domestic appliances, but Jindong’s other interests extend to the media and broadcasting sector, as well as sport.

Kraft was among those who considered making a bid to control the Premier League side, Liverpool, in the mid-2000s and still finds England’s top division an alluring investment prospect.

Thai businessman Aiyawatt Srivaddhanaprabha is the CEO of King Power and owner of Premier League club Leicester City. He is also the owner of Belgian team OH Leuven.

Srivaddhanaprabha took over the running of the business following the tragic death of his father Vichai in a helicopter crash in 2018.